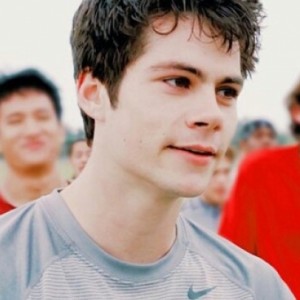 “
I was 18 when I wrote that,” she reminds me. “That’s the age you are when you think someone can actually take your boyfriend. Then you grow up and realise no one takes someone from you if they don’t want to leave.
-Taylor talking about Better Than Revenge


Some guy just whistled at me while driving by and my dad goes “don’t worry, that was for me”
118 0


Sext: I kiss you deeply as I lay you back gently on the bed, my hands roaming up your thighs, palms are sweaty, knees weak arms spaghetti
53 2

happiest*
friendship
People will tell you the story,
Of how the brave knight saved the princess
And slew the most ferocious dragon.
But I know another version of the story,
Where a dragon fell in love
With a beautiful princess and tried
To tell her that she was beautiful.
But, she ran away even before
He could open his mouth.
He flew away from her
But his heart ached.

He tried to burn down the world looking for something
That burned brighter than her eyes
He cried and cried
But all everyone heard,
Were roars of terror from a beast
And when the knight came,
He lay down because he couldn't stand the way
The princess was looking at him,
Her eyes full of fear and disgust
He closed his eyes and painted the sky with fire one last time,
And let the knight strike him dead.
-L.S
11 2

But don't just say it,
you should sing
my name, pretend
that  it's a song ♥ ♥

somewhere, there are shapes being forged by angels in the night.
shapes that once lit up the dark, brought unknown things to light. but shapes
require constant change, so that their light may shine, and as the angels were
unable to dream up new designs, the old familiar shapes one by one began to
fade, with all but one lone circle left, heavenly displayed. the angels crafted new
beings inside this final sphere, to trace the paths and routes they'd take for new
shapes to appear. but these insiders did not perform as angels had predicted,
although endowed with free will to travel unrestricted. they dutifully walked the
lines that were set out before them, never altering their course or seeking to
explore them. their experiment had failed, it seemed, but not yet too dismayed,
the angels hatched a plan for a new species to be made. born outside the
sphere this time, a handful were designed and placed inside to shake things
up as kings leading the blind. taking insiders by hand, their wonderment
prevailed. the outsiders burst through the lines and new paths were unveiled.
kaleidoscopic patterns formed, uncharted and unmapped, showered the
angels with new light as darkness came unwrapped. the angel's venture a
success, and needing no more of this chore, they fled to newly lit-up lands
and cosmos to explore. but what of this lone sphere, now left alone in space?
and outsiders still longing to inspire shapes at pace? the insiders began to
tire of conjuring new scenes, and settled back into the comfort of their old
routines. but the sphere grew ever dimmer, a straight and insulated world.
the insiders had forgotten how new patterns were unfurled. as time went by,
the outsiders found they were cast aside and thought of as insane beings by
those on the inside. they roam now, scattered and alone, but still intoxicated
with the urge to transform static structures, just as they were fated. if this
should sound like you, my friend, know that you are not alone. go forth and
find other explorers of the vast unknown; and hurl yourselves as one into this
aqueous atmosphere as new shapes and fractals spiral out. new patterns will