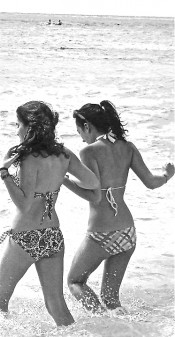 
follow block report
Favorite, Comment, Follow . I would love any feedback on my story♥
About me
This account is just for my story "Better Together" my main account is Babyimaddicteddd♥ Please leave me any feedback on my story, I would appreciate it so much, anything- positive or negative. I'm going to try my best to upload one chapter per day!
Favorite, Comment, Follow♥


It was our first time hanging out with Leo and Robin, a football game I will never forget. Before the game, everybody came to Cassie’s house, which is right down the street from the school. It was going to be Tiffany, Cassie, Max, Leo, Robin, and I. Tiffany, Max and I were already at Cassie’s we were just waiting on Leo and Robin, who were going to walk over from Leo’s house, a couple of streets down. After waiting for a bit, we saw two shadows emerging from the fog. It was like a scene from a movie, Cassie, Tiffany, Max and I on one side of the street, watching Leo and Robin cross the street, coming nearer to us. Cassie smiled and stood a little closer to me, gripping my arm. She really liked Leo; I could see it in her eyes. I could see it in the way she moved a little closer to him whenever she got the change. She would blush whenever he said anything to her. She would constantly talk to me about him, and she just continued to become more and more attracted to him. I was lost in my daydream, wondering if Leo and Cassie would be good together, when Robin suddenly staggered into Max. That’s when the front door opened, and Cassie’s parents slipped out.

“Hiiii I’m Robinnnnnn” Robin slurred, waving goofily. He was so drunk. Everybody could see it, hopefully everybody except Cassie’s parents. They exchanged glances, greeted Robin, then wished us the best and went back inside.

“Robin’s so much funnier drunk.” Max said to me, as we were walking to the football field.

“Yeah, I guess” I mumbled, as he gently slid his arm around me. This is how it usually went with Max. We would make small talk, talking about whatever was on our minds. He would walk with his arm casually draped around my shoulders, or holding my hand gently. At that point, we had been dating for 2 months, I’d be lying if I said I didn’t want to kiss him, I did! But, whenever we even got close to kissing, he would chicken out and nothing ever happened.


“Oh my god, oh my god, where are we going to go! What are we going to do! What am I going to wear!?” Cassie stammered. This wasn’t like Cassie. She usually gets worked up over guys like this, but not usually to this extent. Cassie hadn’t stopped talking about Leo since our phone call with him.

Cassie was drop-dead gorgeous. So pretty, that I’ve been jealous for years. She was flawless, with pin straight blond hair and sparkling blue eyes. She could have gotten any guy she wanted to, had she actually made a move or talked to any of the guys she’d liked in the past. Cassie had never had a boyfriend before. Whenever one of her many crushes started liking her back, she would change her mind about them right away. It made no sense to me, but now I’ve realized her reasoning. She’s always been scared of what could have been. She was scared of getting her heart broken, she was scared of falling with no one there to catch her. Or maybe, she just genuinely stopped liking each guy in turn. All I knew for sure was that she hadn’t had a boyfriend or her first kiss yet. Maybe Leo would change this for her.


After 2 weeks, Tiffany was head over heels for Robin. She swore she was in love, after only knowing him for 2 weeks. I wasn't close with Tiffany, but I had a couple of classes with her. I mostly knew her through my best friend Cassie. Cassie and Tiffany were good friends. Therefore, I knew Tiffany enough to never underestimate her feelings for Robin. Honestly, back then- I didn't think Robin was attractive at all, not a lot of people did. He was nice, but being a nice person never got anyone far in this town. Everybody is judged on looks, that's how it's always been. I've always hated that about our town, it should be a person's personality that matters, but that's not how it works. I was being hypocritical though, I was judging Robin on his looks- along with everyone else. I guess I just liked plain guys. Guys that were cute, but not exceptionally attractive. I guess that's how you could have described my boyfriend at the time, Max Rogers. Plain. He looked plain, and his personality was plain as well. He was sweet, with a kind heart, but there was no spark about him. Nothing different. I met Max in camp; I had been going out with him for about a month when school started. Before I started liking him, I knew him as the guy who liked Cassie last year. Last year, I never would have thought that the Max-that-liked Cassie would end up being my first real boyfriend. Before Max, I had one "boyfriend", Grant. Grant Nelson had been my good friend for a while, but eventually, we started seeing each other in person less and less. Throughout 7th grade, we still texted everyday. The texts got flirtier and flirtier, and before I knew it, I started liking Grant. My heart would race whenever I saw his name light up my phone screen. At the time, I was so happy that Grant asked me out, even though we didn't really "go out" at all. Our "relationship" consisted of flirty texts, and occasional awkward phone calls. Grant and I lasted less than 2 weeks, which came as no surprise to me. I wanted my relationship with Max to be better than that. I liked Max, but I wasn't in love with him or anything. He gave me butterflies, but not that fairytale feeling I had heard about. That feeling that you get when you know that there is someone just as in love with you as you are with them. I desperately craved that. I wanted love. I wanted to be swept off my feet.

Better Together♥
~One~
A friendly smile, unfamiliar face, a name I didn't recognize. Leo Richardson. I knew it right then, that he was different. He was a splash of color in my world of black and white. Everything about him was unique. His name, his face, his hair, his clothes. He stood out.
"Rebecca Valente, you're sitting in the back, with Robin Fernandez!" my new science teacher, Mr. Douglass ordered, pointing to two lab tables in the back. When I saw Robin, the first thing I noticed was his long, wild hair. Nobody in our school had long hair like that. From that day on, I always considered Robin's hair to be the thing that set him apart. His one physical feature that made him different from everyone else in this town.
Two new kids, two different backgrounds, they both stood out, they were each unique, that's what would make each of them so hard to forget.  Robin and I talked that first day of school. He was easy to talk to, friendly, and really funny. He told me about his old town and, about how much he missed his old friends.
"It's so different here." he would say. The thing he didn't realize, was just how much this town would end up changing him...