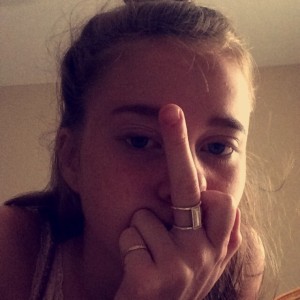 cowabunga
i don't understand why i don't get faves on my quotes
mine are so much better than everyone else's.

Comment your favorite song and explain why.
Mine is For Sale by Kendrick Lamar
I can relate to evil trying to consume me, and unfortunately
being successful.
5 1


two years.
two years ago, i only wore sweatshirts and converse. now, i won't leave the house without a collared shirt and boat shoes. i don't wear yoga pants anymore. shopping at PINK would never even occur to me now, and the days of no makeup have turned into occasionally wearing mascara and lip gloss. two years ago, my life didn't have one direction in it. now, the walls in my room are not longer visible due to the posters. i was at a different school two years ago than i am now. i used to have practically no friends, and now i don't even think about numbers because of how many i have. two years ago, i wasn't really happy with my life and wasn't quite sure how to change it. now, i'm happier than i've ever been. i once had an indifferent approach to religion, whereas i now identify myself as a strong atheist who isn't one to preach about not believing in g-d. everyone is entitled to his or her own beliefs. two years ago, i was dealing with gossip, cliques, drama, and exclusion. now, those issues barely even arise. i'm more confident and feel better about expressing myself, now. two years ago, i didn't write. now, i can't go a day without typing or jotting down some form of prose. i had braces two years ago, and now i don't. i used to suffer from body image issues and social anxiety, but not anymore. a lot can change in two years, but one thing that has remained a constant is Witty. two years ago today i made my very first profile on Witty Profiles. sophsunflower12. it was a username i used for everything, held some significance in my life, and i liked it. when i was signing up, i had no idea how much of an impact one website could make. through Witty, i've talked to so many people and read so many inspiring and clever quotes. two years ago, i didn't know how to make my quotes "pretty," figured out what the "code" and "source" were, and then recently decided that black and white quotes were the way to go because they were simple, i was too lazy to find/create interesting formats, and i liked them. thank you so much, Steve, for creating this epic website and allowing the individuals on it to express themselves. also, thanks to everyone here for being so epic.
this is my 1000th quote, two year anniversary, and me just saying thanks.

sophsunflower12
love
I wear this crown of thorns,
Upon my liar's chair.
Full of broke thoughts,
I cannot reipair.
-Johnny Cash

yeabuddy
lyrics
this format was made by partie! please only use this for your QUOTES on WITTYPROFILES.COM and do not remove ANY part of the credit; that includes this credit right here and any credit that follows (c) partie

he who fights monsters should beware, lest he become a monster himself...
22 0

and I wish so badly ythat he could see himself how I see him. He's perfect

DinoDes
cute
Me as a parent:

Amenah
vent
I don't see why Christians and atheists bash on each other. I really think Christians should stop saying for atheists to burn in Hell and that atheists should stop saying that Christians are just brainwashed idxots. I'm an atheist and I'm totally respectful as to what faith anyone wants to practice. If it makes them happy, I won't interfere, and neither should anyone else.
5 2