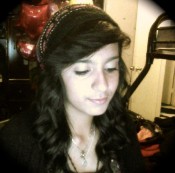 How do you know a decision made was the right one to make, if it feels horrible just the same.
When you're the one that can help someone feel sane once again, how do you say no and watch them suffer and rive in pain.
I know it's not all about me, I know there's much more than just this, more problems and pressure and that this was probably just a desperate reach.
I don't know what it is, I'm not sure of what I did or of what will be.
I just hope I haven't lost a friend along with all this.
0 0

BlueeFishh
vent
Last night when I went to watch The Hunger games my family sat between an elder couple, and a guy who had gone by himself.
The couple, well they were pretty old, grey hair and everything. They were sitting by themselves, just them two, but they seem to be enjoying themselves. I thought, how cute.
The guy who went alone, throughout the movie, would laugh out loud in funny parts and comment out loud to himself in stupid parts, he too was enjoying himself. I thought to myself, how courageous.

I thought it amazing how these three people were enjoying life!
Two, happily together. And the other one by himself not caring at all that he was alone.

I have always been content with independence.
And i was proud of that guy who went by himself, because nothing was holding him back! He was living life.

But even though they were both enjoying themselves.
Deep down, i realized, i was wishing that later on in life I would end up like the couple and not like the guy..
8 0

Did he ever look as happy with me
as he does with her.