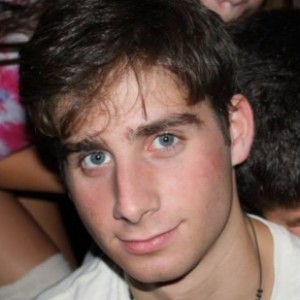 
follow block report
So this is my first time actually changing my profile since I got it in January.

Sooo I'm a bisexual male.  18.  From the East Coast of the United States of 'Murica.

There are so many amazing people on this website, really there are.  If I had to mention 3 people that you should definitely check out, it would be doublesidedice, darkeyeangel, and elliegeorgia98.  They're not only funny and make amazing quotes, but they're all such kind and genuine people.  I've pretty much been following them and talking to them all since I started on this website and they're such wonderful and friendly people.  Seriously.  Follow them.

Right now I will do something that I've seen probably a hundred teen girls do on this site:

[-] People against gay rights, School, Minecraft (it's just so confusing), One Direction, Justin Bieber, Big Time Rush, The majority of pop music, Time consumption from the internet, Tomatoes, Nutella, Sushi, How Disney channel isn't how it was in the early 2000's, Exercising, Not being fit (ironic, no?), Some of my school grades, Reading, Watching TV

Don't call me gay.  I'm not gay.  Gay and bisexual are completely different.

If you ever need someone to talk to, feel free to comment on my profile and there's a good chance that I will answer.


I haven't gone out once this weekend
and felt no need to change clothes once since Friday morning.
I don't know about you
but I call this a victory

CharliesTheName
success
"Cause you're a special girl.
You're not like my grandma
because she's dead and you're not."

CharliesTheName
greenday
I AM SAYING THIS IRONICALLY

I AM SAYING THIS IRONICALLY

CharliesTheName
genovia
So if you're crazy, I don't care, you amaze me Oh you're a stupid girl, oh me, oh my, you talk I die, you smile, you laugh, I cry And only, a girl like you could be lonely And it's a crying shame, if you would think the same A boy like me's just irresistible

The Fratellis; Whistle for the Choir
11 0

don't you hate when you're talking to your crush and they're like "I said hi
to you in the hall but you didn't answer me" and then you're like "OH MY
GOD I'M SO SORRY PLEASE FORGIVE ME IT WILL NEVER HAPPEN AGAIN.