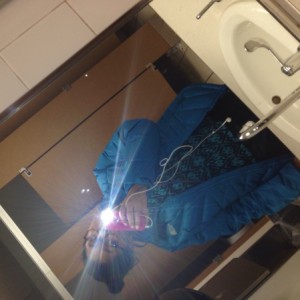 
follow block report
hi. i host a talk show. i went back on here to relive my middle school days, but i'm pretty successful now.

Hi so, I just got back on this website after being off of it since the beginning of my freshman year in high school.  I am now in the middle of my junior year.  When I first came to this website, it was a way for me to bond and get closer to a girl who was already on it, Cammie.  It's crazy because now that we're in different high schools we don't even talk anymore, I have a completely different friend group and have not seen her since 8th grade graduation.  I just wanted to point out a plus to this website.  It's a completely free and open forum where you can express any and all feelings you have whether they're good or bad without being severely judged.  This website is such a blessing and it pains me to see that a lot of the "cool" wittyers that I was friends with on her are not even on here anymore.  So much has changed in 2 1/2 years.  I wish I could say I can stay on here, but the person I've become is so different than the person I was when I was on here and I've outgrown this.  Just remember, witty is an open forum where you can talk about any and all problems you may be having right now. use this. love this.  i wish i could live life like this, but high school has changed me so much words can't describe this change i've experienced in my life.

Christa133
friendship
Sometimes I just want somebody to hold
Someone to give me their jacket when it's cold
Got that young love, even when we're old
- Tori Kelly "Dear No One"
2 0

Christa133
lyrics
Hey, I'm wondering if I started a fiction story on here would any of you read it?

I kind of want to work on my writing before I start my creative writing class next fall :)
3 0

Christa133
high
It's gotten to the point where I don't trust my heart because it could lead me to getting hurt.....
1 0

Christa133
love
only the sassy will survive
3 0

Christa133
funny
Okay, let's get something straight right now.  Serioualy, I should've done this like 8 months ago, but I didn't, so I'm going to do it now.

A girl on witty here by the name of peacegirl270 and I went to the same school last year (along with Cammie).  There was a bit of an incident with identitiy theft and that was that and she was suspended.  Before I go any further, I need you to understand something.....at the time, this girl was my best friend.  MY BEST FREAKING FRIEND! And even in all the ways that I had helped her, she never once said thank you or apologized (because my name was involved, my academic career could've been on the line, too).  So, back to the story.  She had been saying for a couple months that she wanted to commit suicide and that the world would be better off without her and as her friends, me & Cammie continually said no, you're great and everything will be fine. We tried talking to her about it and she never really told us anything was wrong, but still I knew that she had the symptoms of a suicidal person.  A couple days before she was supposed to come back me and a couple of her friends went and told a teacher that she was suicidal (this is an EXTREME CORRECTION TO WHAT SHE SAID which was that I told the whole school...that is a complete and total lie.  They most likely found out through her backstabbing "friend" Carly)  and that we thought she needed help.  We only said that because we wanted to help her, not harm her and that this was for her own good in the end.  As the month of April progressed, rumors kept going around the school about where she was and what she was doing.  I knew where she was, but I never said anything.  When she came back to school at the end of April, she never spoke and left before school was over.

Fast forward, now me & her go the same high school (Cammie left - u lil turdbutt).  She showed up for about the 1st month of school (she still doesn't talk to me), and now has been randomly popping in on days once a month.  She never ever apologized to me and has started to retaliate.  She has began ridiculing me with her "friends".  I'm trying to start over and let the past be the past, I mean her & Cammie didn't used to be friends, but they got over it.  Anyway, whatever I just wanted to tell my side.

Christa133
school
Just came to check up on you guys. I will miss you all dearly. BUT SERIOUSLY
IF
ANY
OF
YOU
FIND
OUT
WHAT
STEVE
LOOKS
LIKE
DO
NOT
HESITATE
TO
FIND
ME
ON
THE
INTERNET!

Christa133
lol
Am I the only one who remembers when Miley Cyrus was innocent?
5 0

Christa133
famous
So my dad does some volunteer work at a prison.

My mom is on the phone and she says, "Oh, Chris is going to prison."