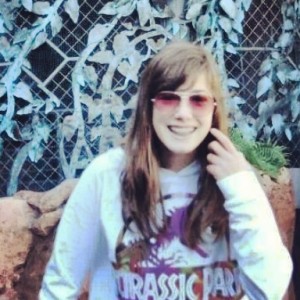 
follow block report
Hi, I don't really go on here much but I'll try. I'm 15 a freshman in high school. I'm single but I'm kinda into someone. So ya if you want to know anything else just ask me. Kik~snapchat~insta: victoriaam1213
be

Shine bright lika di- NO DIAMONDS DO NOT SHINE THEY REFELCT.

Samwise Gamgee ♥*
love
I gave a boy at school a hug today. "oooo getting a little s.exual." "Are you two dating?" "Cheating on your boyfriend? I'm gonna tell him." What these people didn't know was that I had just found out he tried to commit suicide, and he'd been in the hospital for the past four days. His mother yelled at him, because he stained her new carpets with his own blood and now she would have to have them replaced. What those people didn't know that he was three minutes away from f.ucking dying before he was found. What those people didn't know was that I had already talked him out of one suicide, but i wasn't there to talk him out of this one, so f.uck you.
10 1

If life gives you lemons,

THROW THEM BACK AT LIFE AND DEMAND APPLES.
5 1

Samwise Gamgee ♥*
life
We have four-teen days left together before I won't see him for a year.
4 2

Samwise Gamgee ♥*
love
Stop being afraid of what could go wrong, and start being positive about what could right.
1 0

Samwise Gamgee ♥*
inspirational
To all the girls who didn't get this message this morning: