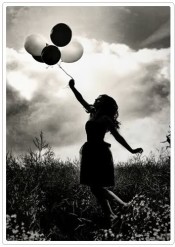 Hey there:) I'm Payton.
There's not much to tell you about me; I'm not all that interesting.

If you want, you can read the story I'm writing!
www.wittyprofiles.com/author/WatchTheStars
If you read it, comment what you think. I love feedback:)

Thank you to all of my followers, I love you all so much.

I hope everyone enjoys my quotes! Thanks for visiting:)<3

Forevermore
love
Youmight
think I'm crazy, but all I want is you.
5 0

Forevermore
love
Meeting
him was an accident. I had heard about him quite a lot in middle school, but had never actually spoken with him. He had been part of the "popular" crowd, which I had never even wanted to associate myself with. Sure, everyone wanted to be them, but it wasn't worth it to hurt others in the process. And, honestly, I didn't find them all that interesting. All they really did was trade of who was with who, and those are not the kinds of relationships I was looking for.
Freshman year was a different story. We ended up having World Geography together. And, lucky me, my assigned seat was directly in front of his. I couldn't help but notice how attractive he was, and every chance I got, I would turn around and talk to him. It wasn't that I liked him, he just seemed nice, and different than I had assumed. We talked the entire year, and ended up hanging out quite a bit, but only outside of school. What little relationship we had formed lasted all through the summer and up to our sophomore year.
Over the school year I had fallen for him, but decided that I had waited around long enough. If he wanted me in his life as more than a friend, he would have made some sort of an effort. Being "just friends" was much too painful for me. I cut off all communication with him, thinking it was for the best.
He came after me. He wouldn't leave me alone, and always told me how much I meant to him, and how he loved our friendship. Eventually he told me he wanted us to be more than that. I also confessed how I felt, and it seemed like things just couldn't get any better. But he still wouldn't ask me out. It hurt me so badly, and I wondered exactly how much more of this I could take.
Finally, we made things official, and he became my first boyfriend. He gave me my first kiss, and I was the happiest I had ever been. It's been almost five months since then, and we're in love and both truly happy.
And that is the beginning of what I hope to be our endless love story.
7 2

Forevermore
love
You know
that I like you. And I know that you like me.
Am I missing something here? Why aren't we together yet?
15 0

Forevermore
love
And,
the moment when I was sitting beside him on the piano bench,
and he was playing a love song, and just smiling at me... I felt
amazing, and knew that nothing could ever get any better than this.  <3
12 0

Today
I was standing outside class with one of my guy friends after school was let out.
A random kid in his Spanish class comes up and asks if we're dating. I'm
just glad someone other than me sees how good we would be together.
151 1