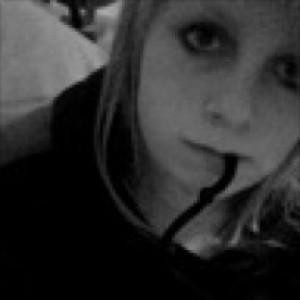 My life? Complicated. Sorta like a story. Full of betrayal, broken hearts, Everything.

Let the tears drip down your eyes,

Every bit of hurt coming from those lies.

He said he loved you,

But were his words ever true?

All he did was use you,

After he was done he found someone new.

He never thinks about hurt you are,

All he knows is life at the bar.

He won’t admit it but he misses your smile,

He looks at your picture, once in a while.

Don’t let him bring up that knife,

You never know it could end a life.

As he brings that knife to his hip,

He thinks of you as a single tear rolls down, hoping that his knife won’t slip..

~This was written by me, through all the tears.. Haha..~

Fai~*
love
We're only lost children, trying to find a friend.
Trying to find our way back home.
We don't know where to go,
So I'll just get lost with you.
5 0

Fai~*
love
It's my birthday today.
I didn't want anything,
But it hurt that no one remembered.
My closest friends didn't,
the school didn't.
But what hurt the most,
Was that not even
My parents remembered.
4 3

Fai~*
love
I am a girl.
I don't smoke, drink, or party every weekend.
I don't sleep around or start drama to get attention.
Yes, we still do exist.

Fai~*
life
Imagine a library filled with every book in the world. None have titles on the cover, and all the pages are blank. But when you open one you are automatically transported to the world within the book. You get to live in the story as any character for as long as you like. And when you come out of the story, almost no time has passed in the real world.
9 2

Fai~*
love
Condom Slogan..: Don't let your affection give her an infection, put some protection on that erection!
12 0

Fai~*
funny
Sadest movies of all time:
1. The first 'Land Before Time' movie. I bawled soo hard when Littlefoot's mother died.
2. 'AI (Artificial Intelligence)' Ugh, the whole movie was sad. The end especially.
3. 'I Am Legend9; When that dog dies? Heart=broken

Well, that's just my opinion on the saddest movies ever.
5 0

Fai~*
movie
He wakes with vision blurry on the 11th of May
Standing up he tries to keep the demons at bay Growling and snarling forever in his head He walks to the door, his sanity hanging on a thread Brushing his teeth and doing the morning routine He remembers there's only four more days till he's eighteen He'll be an adult when inside he feels like a vulnerable child The 'child' brings his knife down his arm, the cuts are only mild. He wakes with vision blurry on the 12th of May "Those cuts on your arm look bad" they'll say Not wanting to lie to them, nor to her He doesn't answer to them, only her, he speaks with a slight slur "I don't want to lie to you; I did them." He replies She walks off and he sits down, head in hands, knowing that it wasn't wise The next few hours are awkward, not much is said As he gets home he takes a pill, to stop him seeing red He wakes with vision blurry on the 13th of May Ready for yet another tense day They forget it ever happened, it's almost the same as before But in his heart is a new feeling, one he never felt. It's sore. He tries to forget about the old, let it all go But honestly? He's never felt this low He tries to replace the old with the new Erase her from his heart, try to stop feeling so blue He wakes with vision blurry on the 14th of May Maybe there'll be a little light for once? Just a ray His heart pounding as he is left alone with her The old. The new. They are seperating from a blur Making a move he takes her hand She looks at him angrily, and there goes the thread, the thin strand He runs home, taking his knife and his pills He swallows them and uses the knife. Blood spills. He doesn't wake with vision blurry on the 15th of May.