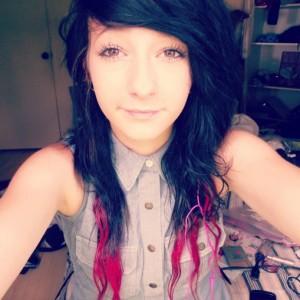 my name is Shae but hi
reply

Yeah a lot of people did haha.
reply

do you still admin on that page? :)
reply

ok, this is gonna sound SUPER CREEPY I SWEAR I'M NOT A STALKER I'M JUST A TEENAGE GIRL.
but i have to say this
ok so like last year i liked this page on facebook
i can't remember the exact name but it was something along the lines of 'i hate when you walk outside and someone throws a fridge at you' but i remember there was an admin called shae?? but i remember she looked just like you?? (i think, i have unliked the page bc reasons)
ok idk if that's you BUT I HOPPEEEE IT IS OR I SOUND CREEPY AF.
oh god i'm so so so so so sorry if that's not you holy crap.
ok i'm done. jfc ok bye

holy crap. your layout. it's likeee. woah. gorgeous. Do you do them for other people? If somebody like told you what they wanted...would you do it for them? c: just askin' x)
reply

hi, you just randomly commented on my quote.
Sorry if it offended you. this is what im trying to say.
I used to play a game called yoville. Someone on facebook sais
'I love liam' She's never even met him. Never even saw him.
She cant love him. That's all. So, please.. you don't know what im saying.

You still don't understand, they'd been friends for like 5 minutes. But i agree, yes, that can happen. But really, It was a game. If he was a new person she wouldn't even talk to him, so that just wraps it all up, really.
reply

http://www.wittyprofiles.com/q/6500020
Ok, so you commented on one of my friend Eli's quotes, saying that he were no better than the shooter. What the hell? Do you realize you just compared someone who cares about those kids who died to a mass murderer? That's so wrong. Everyone is entitled to their own point of view, and I respect that, but it's really f*cking extreme to compare Eli to the gunman. I know the man had a mental illness, but that doesn't make it better. Do you think those families, who have been torn apart, are just going to let it slide because he was slightly off in the head? No. Absolutely not. So next time, before you open your mouth and say something hurtful, stupid and rude think a little bit about what you're saying. K, bye.
reply

Well then why would you tell him he's no better than the shooter? Isn't that comparing him. Whatever, bye.
reply

thanks for sticking up for me on eli22b's quote <3
reply

Miley is my inspiration too :) Shes perf :3
reply

Witty won't let me post it on my profile so thank you for the follow, and for acknowledging I followed you :D
reply

Your so pretty c:
reply

hes mine. eh both are mine. ive liked him since 2008 and so what boys jizzz in the pool all the time NBD
reply

i do the 2 mile, 1 mile, half mile, and the half mile relay, along with Pole vault, and that's cool c: how did you become a part of the junior olympics?
reply