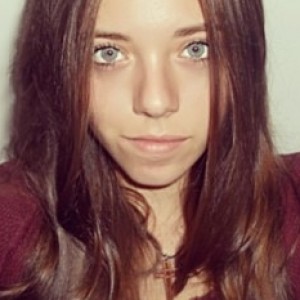 quotes
comments
quotecoms
follow
block
I'm trying Witty Out again. Hello everyone! Long time no see. Things have certainly changed since i've last been here. My name is still ugly, Thérèse, and i'm still only 5 feet tall. I'm sixteen and a Junior in those 4 years of hell we call High School. Brown hair, blue eyes, do i really have to explain my face? it shouldn't matter. Like my quotes? Great! Think they're awful? Fuck off! Another thing to know is i've got a potty mouth, and i won't apologize for it ;) Other than that I think i'm a pretty cool girl and I LOVE making new friends so do not be shy with me. Leave me a comment! Toodaloo mothafuckas!
About:
credit
status:
Put your status here !

So you guys know how more than half the Witty population left after the Directioner invasion?
Well you know how the Spanish Conquistadors came to the New World, completely disregarded the Natives' culture and religion, and forced them to become Christians, then if they refused they just killed them. Then about 90% of the population died because of small pox and other diseases from Europe? Well that's kind of like how the Directioners came in, completely bombarded Witty Profiles (and most of the other websites on the Internet) with One Direction facts, didn't care how the Wittians were annoyed by this, and then most Wittians just left. I've done my research; you can't even tell me history doesn't repeat itself.

ChocoTaco
joke
School dress code is dumb. We can't show our shoulders??? What guy is gonna look at a girl and be like "Dang, that's a FINE shoulder."?
1422 55

quote
There was this guy at my school.
He thought he was a big shot and could do whatever he wanted to do.
He thought he could pick on my friend because of scars on her arms and for family problems.
He took it to far.
He was in the cafeteria that is always filled with kids at lunch.
I walked in with my friends and called out his name and he stood up.
We walked over to him and called him out on everything he ever did to students.
My friend he made fun of,stood silently behind us, as we told him enough was enough.
My final words to him were simple.
"This girl is tougher then tough. She's strong-willed and independent. She doesn't go around making people feel like sh*t. Instead, she makes them feel like they belong, cause she knows what it's like to be in there shoes, she knows what its like to be treated by someone like you."
As we went to walk away and left everyone silent, she walked up to him and uttered 8 words that made everyone cheer for her.
Those 8 words were,
"You're not so tough now, are you huh?"
I've never been more proud of her.

know that the voice of Plankton is

Gay marriage is legal in 6 states.

Having sexx with a horse is legal in 23.

Dear new clothes,
When i rip the tag off,
i expect the little plastic thing;
to come off too,
Sincerely
a n n o y e d,
and looking for the scissors.

thatstoryyouneverknew
funny
Me: *breathes*
Mom: EXCUSE ME?
Me: What?
Mom: I don't like your additude.
Me: But I--
Mom: Don't you dare talk back to me young lady.
Me: Okay.
Mom: One more word out of you and I'm grounding you for a month.
Me:
Mom:
Me:
Mom:
Me:
Mom:
Me: *blinks*
Mom: That's it. Give me your phone.