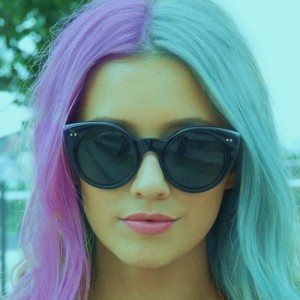 have you met my unicorn trevor?


i’m mia and i’m from england. i love unicorns, music, food and of course, wifi. i’m possibly the weirdest person on the entire planet, after lady gaga of course. in my opinion morgan freeman is the coolest person in the world. don't ask why, just accept it. he exudes coolness, admit it. i'm also incredibly lazy, like i don't do any sports, at all, i also eat a lot, like a lot alot, so i'll probably die alone of obesity with 47 cats. i've named 14 of those cats already, paul, barry, bob, billy-bob,jim-bob,ian somerhalder,ted, zazzles, kevin, dave, jomo, ben, jerry and fenton. I was gonna call one of them trevor but i already have a unicorn called trevor so.....yeah. i told you i was really weird, the weirdest thing of all is i don't even like cats, it's just that i'm 99% sure i'll die alone because i'm hideous so i plan to become the real life crazy cat lady (from the simpsons) throwing cats at random people. originally i wanted to be a blueberry muffin (i genuinely told my year 7 form tutor that)....but i discovered i couldn't do that...i spent 12 days locked in my room rocking back and forth whispering 'i will be a muffin'. ok that last part wasn't true.

(-) my brother, justin bieber, taylor swift (why did she have to sing we are never getting back together, WHY?!) cats, being sociable, exercise, sports (especially football) dubstep music, n dubz, being normal / normal people.

Iwannacookie2304
funny
When you're really excited to be on holiday only to discover theres no wifi and you feel like you're in your own personal hell.
4 0

Iwannacookie2304
funny
Does anyone else start singing when they get scared?
7 1

Iwannacookie2304
love
People always ask me why i'm so quiet and i just think 'because if i spoke my mind i'd look like an absolute idiot'.
7 0

Iwannacookie2304
love
I feel like i should have more friends because all they have to do is stand next to me and they will look 1000% prettier, and I get to die alone. See, everybody wins.
4 0

Iwannacookie2304
friendship
Do you ever just remember all the embarrassing things you've ever done and thought 'oh my god i want to punch past me in the face.'
3 0