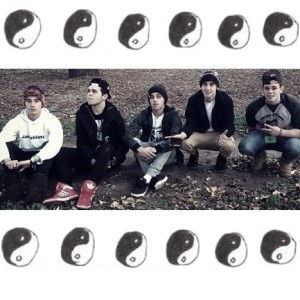 
I wont give up on milk

basicaly the janoskians have pretty much ruined my life
i've been there before their first single and the mtv show
luke follows my tumblr and jai hasn't followed me yet -crys-
james, jai, luke, beau & daniel follow me on twitter (all follow)

beau is forever 17 years old in our hearts
he's our Peter Pan and
he's never growing up, he's forever young


i can't believe
it's been 2 years since i've clicked the confirm button on youtube
to create the Janoskians youtube channel, that single click changed
my life and was easily the best decision of my life. Through that
click i have met such amazing, incredible people on this journey and
i have had the opportunity to see such beautiful places of the world
i've had so many ups and downs but i have been able to share
all these emotions with my 4 best friends along with such amazing,
dedicated fans, thanks to everyone who has supported us these
past 2 years, so heres to another 2 years.


People are so poor
all they have is money
- Jai Brooks


you're never too young
to dream big

Jaanoskians
love
Me and my brothers (beau and luke) were picked on every single day for years and years. Beau was bullied so much about his weight growing up and felt really self conscious . Even his teacher had once picked on him about his weight in front of the whole class. Luke and I loved playing footy growing up, we lived and breathed football. But sadly we were the joke of our football team because of our weight and this made us feel extremely unconfident and as a result did not play to our full potential. Every training session we went to we were bullied and made a joke out of, when we were running laps with the team luke and i would run at the front while everyone was behind us making a joke about us as a team and laughed at us and we felt like completely rubbish. There was a football team sleep over at the coach's house which luke and i attended, and i remember being bullied that night until i started crying. Then someone on the team the next day told me that when me and luke went to sleep (we were the first to sleep) everyone was laughing at us and someone said 'put your hand up if you hate luke and jai' and every single one of the team raised their hands. As ten year olds this made us feel pretty miserable. Beau wasn't the best at football but he also played and copped a lot of bullying by the team also, to the point we he was physically harassed. but now we are famous youtubers so from being young kids, watching our father bash our mother, watching our mother raising us on her own, being bullied verbally and physically and feeling like the most hated kids in Australia, we now have the most amazing fan base who goes through a lot of bullying themselves and we hope to change their sad faces into smiles and show them not to care what people think of them and just enjoy life and make some memories, we now feel as if we are the most luckiest kids in the world. Through this story I'm not trying to say I'm a hero, im sure many of you have had it much worse than me. i promise things do get better, its up to you to turn it around. 'SUCCESS IS THE GREATEST REVENGE' the more i succeed the more I laugh at the people who once doubted me. Live laugh and enjoy your precious life
- Jai brooks
42 1


WE  ALL  HAVE  PLACE
in the circle of life, always remember who you are
- Luke Brooks

because of the hate

just because you don't approve of it doesn't mean

they don't need to be perfect or anything just for you

stop hating on them

IF YOU CAN'T YOU MUST
If you must you can