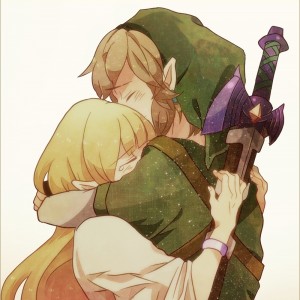 I hate it when your parents think of you as someone you are not. Just because I have had a boyfriend for a year and a half doesn't mean I am going to 'Get it in'. -_-
5 0

Kart123
vent
The Beast Inside

The right thing to do is to hold him back, but it is unbearable. Alone I am in his house. Alone I am under him. Alone I am with my lover, our lips waltzing a dance of Wanting on each other. I, the " Innocent One", has been taken by the beast. His peer pressure was too strong for tonight. O, too strong.

" I can not take it anymore....I have held back my vicious love long enough! Save me from this beast and make sweet, precious love with me!"

Said I, as I unlock the gate to the lusty beast inside.
He roared, he raged, he ran. I lost control of my body and it was only about instinct now. I HAD to have him. The beast has been released, and love was being made. Our hot, wavering breath was shivering, our hands were everywhere. Our love was strong, and the beast was tamed. The beast got his way, and I have fallen victim to the beast. And now, Not a puppy love, but a beast's love was being made. Alone I am under him. Alone I am in his house.

Alone I am, fallen victim of the Beast Inside
0 0

Soul Mate: Based on a true story


So we made the small cardboard rockets. We talked and laughed with eachother, and became buddies. I started to have strong feelings for this guy. He was someone that I would dream to be dating. Handsome, funny, caring. Who could not like him? He was the best!

Anyway, it came time where I wanted to tell him how I felt about him. I, mind you, have never felt this way with another guy. Obviously they didnt feel anything for me since no one has ever gone out with me before.  It just so happened to be Valentines Day. So, me not knowing what to get a man for Valentines Day, I decided to get him flowers.

The look on his face was unreadable. I thought that he hated me after that. But it turns out that he didnt. The expression on his face was blank, but after a few seconds, a smile broke through the confusion. He laughed. I started to walk away from being very embarrased. But then comes the good part. I felt a hand on my shoulder, and he turned me around to face him. With me blushing, almost to tears with being so nervous, he hugged me. It wasnt a short, "Whatever" hug, but one that was over five minutes long, and the world, my world, for the first time, started to fade. Just as I was about to say that I liked him, he let go. He smiled, and walked away. I stood there speechless.

I just hugged the guy I love.

And in less than five minutes afterward, we were offically boyfriend and girlfriend.

But that was only the beginning.

Soul Mate: Based on a True Story


I had liked him since 6th grade. I was not in love with him at the time, but I liked him. It wasn't until 8th grade that I started to have feelings for this guy. How could you not like him? He was cute, smart, hilarious, a videogame geek, and everything a nerdy girl wanted. He had brown, short hair and matching eyes. His laugh made any atmosphere in a room brighten up, especially with his smile. He was not the most popular kid in school, but he was very kind to everyone. He always wore windpants and a teeshirt, and was known as the King of Sarcasm, for being the funniest person ever.

I could go on for years about this guy, but I dont want to waste your time. So our story begins in the middle of 8th grade, working on a project with rockets.....

I sat alone in the back of the science room, trying to find a mandatory partner for the project. I was that one kid in school that everyone hated except for a select few, so I stood there quietly waiting for the teacher to forcibley pair me up with someone like always. I saw that my crush did not have a partner yet. All of my body wanted me to go up to him and see if we could be partners, but I was nervous. Just as I started over to the teacher's desk, I felt a hand on my shoulder.
" You want to be partners?" Asked my crush, Jamison.
I nodded my head.
I never knew that this would change my life, forever.
8 0

Kart123
love
He is the One. I know it. After being with him for only a year, I feel like the happiest girl alive. When he kisses me, I feel the love and passion on his lips. When he holds me close to himself and laughs, The Outside World does not matter anymore. He is the only person that makes me feel like I have a purpose. His sweet voice calling my name makes me smile. When he says " I Love You," He means it.

Kart123
love
He is the one who made me realize why it did not work out with anyone else.
7 0

Kart123
love
Its funny how this timemlast year I met the guy of my dreams. Its funny how someone can mean so much to you. He is always stuck on my mind and no matter hiw much he drives me crazy I still love him. After a year of new feelings, kisses, hugs, and finding out that love can not be perfectly described, I now realize how perfect my man is. I love him so much. He has been through everything with me. He knows my darkest secret, how I am a big old sappy poet, and how crazy I can get at times. And I know he can be a sarcastic, hilarious, teasing person. But that doesnt matter. what matters is that I love him and he loves me.
4 0

Kart123
love
tHe cOld wInTeR aiR chiLLed mY hEArt aNd sKiN,
LoSt iN a WoRLd oF IcE,
i couLd nOt sMiLE.
At least, not until HE came.
Then i could never stop grinning.
Just seeing him makes me happy.
Just seeing him run to me fills me with glee.
Just seeing him want to hold me makes me wholr again.
Suddenly i am complete.

And as i finally reached him, we beamed and embraced.
We held each ither for what seemed like forever,
Breathing in the sweet scent of cologne and perfume.
Your warm Kiss heals my broken world.
The IcE has melted,
And this new, soft spring has begun.

Kart123
love
Hey guys i know a lot of people are going to skip past this because it is not pretty, but It would be AMAZING if you read this. Also, if anyone does deicde to read this, i am sorry its long. But its worth it :3

But that is NOT true. I used to feel that way, about a year ago. But now i know that i am not forever alone. Let me tell you my story....

There is little, stubby old me, sitting in the classroom, trying to steal glances at this guy. He was really really cute, very funny, and what everyone wants in a guy. He is the most amazing person ever, and really nice. He is the kindest person you will ever meet. Also, everyone thinks of him as " The King of Sarcasm."

Anyways, as you can probably already tell, i had a crush on him. I wanted to be with him sooo badly. I had liked a few guys before, but the feeling was different.

It was Wintertime, and we had to start working on a rocket project, where we make rockets. Almost everyone had partners, except for me, my crush, and one other person. My crush came up to me and asked if we wanted to be partners. I started to blush and say yes.

So from that day forward, we became friends. We both looked forward to that class so we could talk and visit. I found that i fell so much harder for him when i became his friend.

Then it was Feburary. I wanted him to ask me out soo bad, but i didnt say anything. And never having a boyfriend before, i had no idea what to get a guy for Valentines Day. So i was a dumbo and got him flowers. XD

When i got them to him, he ran up to me and smiled and gave me a huge hug. We were shy to eachother, but two days later we were going out! :D <3

Now we fast forward to today. We are happily in love, and obviously still together. We have been for almost a year. See? Love happens everywhere to ordinary people, and that means you. So dont give up.

Kart123
love
Jamison is his name.


We have been together for 10 months now.

And for those past 10 months,

My life has been the best its ever been.

Even though some people think that i am wrong about this,

but I know he is the one.

Yes, even just thinking about him makes me smile.

He is so kind, sweet, and teases.

He is funny, tall and handsome.

He is everything I wanted, and even more than I ever dreamed he

I am the luckiest girl alive to have him. I truely am.