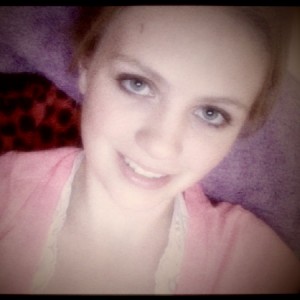 I am constantly putting my things where they don't belong..

KassieKiss
stolen
The monsters are no longer under your bed love, there in your head...
8 1

A girl sit’s alone in her room with a blade in her hand.

Wishing she had the strength to actually do it.

She tells herself it will only hurt for a little while, as she drags the blade over her wrist.

Blood trickles down her arm and she smiles.

Hugging her legs close to her chest she watches as her life slowly leaves her.

She feels the cold grip of death grab her.

Her mother calls for dinner, and goes to get her.

She found her daughter huddled up in the corner of her room.

A blade sits on the floor and her clothes are blood stained.

The mother screams and rushes to her side...

The little sister hears her mom scream and rushes to her.

She didn’t understand what was going on.

She grabbed her sisters hand and squeezed it.

Yelling for her to wake up...

Her dad soon joins them in her room.

Seeing her lifeless body on the floor.

Her screaming mother, and her shattered little sister.

He drops to his knees and blames himself for what happened....

Ambulance and police are outside her house, and she becomes frightened.

A body is being carried out of the house.

She runs to her and breaks down in tears, screaming...

Next day at school, the intercom comes on and announces the funeral.

Her friends cry as they realize she actually did it.

They blame there selves for what she did.

Wishing they could help her...

That day, as the older sister goes trough her sisters room she finds the note.

She sits on her bed and reads it.

Tears rush from her eyes once again.

If you found this letter, it means I’m no longer alive. I couldn’t take it anymore. The lies, the pain, the fear. Night after night I wished I had the strength to actually do it, and now I have. I want you to know it was none of your faults. I just couldn’t take living with what happened...

...Suicide is never a thing to play with. It hurts everyone around you. I should know. This has happened to me...

KassieKiss
shanekoyczan
Random Guy on Random site: "There is a saying no one is perfect... but hun I think your bloody close to being perfect.."
Me: AMEEEEEEE! Marry me will you..

...The song played through her head as she was once again met by the arms of the invisible man. Swinging and swaying in rhythm to the beat of the music in the brace of his strong arms. She flung her head back slowly, rolling it to the side as she was thrown into the air in a full split. Her hair fell down her back in long blonde ribbons of silk. Eyes shinning like green diamonds. As she came back down she was again in the arms of a man. She was unable to see him be she could feel him. His face was graceful and met by a strong jaw line. Arms and legs were those of a dancer but muscular. Hands rough but perfect. He flung her to the left as he arms went around his neck and her right left lifted slowly off the ground. Ending in another full split...

This is just the beginning of the DREAM for my story, DREAMLAND.. tell me what you think. Dana this is dedicated to you, by the way... Love you.

KassieKiss
dreamland
...Rap me in a bolt of lightning...

...Straight into the mouth of the unknown...