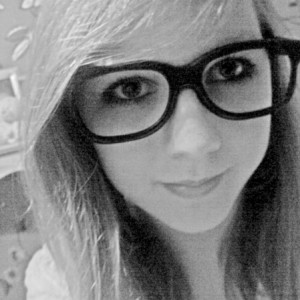 Hello.
I never know what to say in these sorts of things.
Basically I'm Katie, and I have an unhealthy obsession with bands and Star Trek.
I'm on here like 90% of the time, unless I'm sleeping so if you ever need to talk about anything I'll be here. Wether we've spoken before or not.
So yeah that's it really.
Oh and if you're from my school and you've found this: Never EVER talk to me again.

But what are you even doing with your life if you aren't in a fandom of some sort.


Fall Out Boy are back.
Panic! At The Disco are back.
[aggressively stares at My Chemical Romance]

KatieInAStrangeLand
party
"What are you listening to?"
"The best song ever"
"Yeah but what's it called?"
"Best song ever"
"Are you high?"
"No but my boyband is"

So my prom was yesterday
And idk. I'm going to post a little story (because I know you guys are so interested in my stories..)
Basically at first I was quite looking forward to it, but the closer it got the less so.
And on the actual day I was really really not wanting to go,
idk what it was, I just could have thought of anything better to do.
But obviously it was too late to not go.
So I went, I got all dressed up and everything.
And for a while it was actually really good.
Like we had our meal and photos and awards and stuff and it was really nice.
But then wow did it go downhill.
Like I don't even know what happened, but the music started and everyone was dancing,
and I was there with my friends surrounded by everyone dancing and singing and laughing,
and I just came crashing down.
I don't know what did it, I had been fine all night.
And in fact I've been fine for a while, like I've had moments but other that its been okay.
So I thought this would pass and it didn't.
And then my friend Cal noticed and he took me outside,
and I was really glad he did because I feel so comfortable around him and I thought maybe being just with him would help.
But then all my other friends wanted to come because they thought we were just going outside and didn't realise anything was wrong.
So we were all out there and omg I felt like I was screaming inside.
I just wanted to leave but there was no way of getting home until later and I knew if I tried to go anywhere else they'd notice something was up.
And I didn't want to ruin their night so I stayed silent and ugh it was terrible.
I didn't go back inside for a really really long time.
I felt like I was more free outside.
Then all my friends went in and it was just me and Cal.
And he asked me what was wrong, and I have never been more please that it was dark,
because I started crying, like I kept silent so he didn't know and hid my face incase the lighting changed.
But I felt that in that moment I was really alone, because he's not going to be with me next year,
he has a different college to go to.
And I really just don't want him to go because he's the only person I could ever talk to about this feeling I get.
Like none of my other friends would ever understand it.
And I don't know why I've spent ages typing this all out,
but basically that's my story of how my prom went from really good,
to making me feel completely alone..


Is it socially unacceptable to take your laptop to prom?

KatieInAStrangeLand
prom
I can throw my laptop on my bed, on my desk, on my floor. I can leave food crumbs all over the keypad. I can carry it by just the screen and leave finger marks
You, however, must treat it like a new born baby


If I loved Louis Tomlinson any more
I'd be Harry Styles