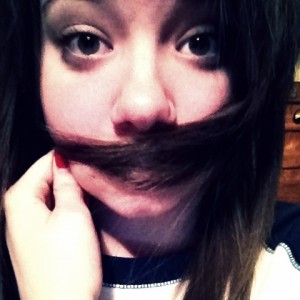 What's more deadly? A gun or a thought?
A gun gives opportunity; a thouguht pulls the trigger.

Lainee_9904
idk
What does a baby computer call his father?
-Data.


Story time? So today, I got the most amazing gift ever from my best friend. She knows that ever since I discovered Machine Gun Kelly and his music, that I've been totally obsessed and in love. And this morning when I come to school, there's a present sitting in my locker and of course it's from her but she was nowhere to be found.I opened in and I saw it was a poster and I just thought to myself that it had to be something to do with Machine Gun Kelly, and surely enough it was. Ahhh! It was a poster with one of my favorite quotes from one of his songs off of his first album and not only did it have the quote itself, which would have been amazing all on its own, but there was the picture that went behind it, too. I don't really know, I'm just super happy. I then proceeded to tell her that I won't be hanging it on my wall next to other posters, but I will be framing it and hanging it up like the peice of perfection it is. Oh, Machine Gun Kelly, you're royalty..