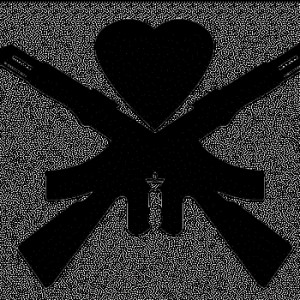 Yeah, I saw your little Facebook group.
That one where 30+ of you, some of whom I knew and liked and some of whom I've never seen or spoken to in my life, have been making fun of me.
A girl in my school showed it to me and we spent the whole of lunch crying (of laughter) at how sad some of you are.
And if I'm honest, I really don't care.
While you guys have been making little Internet groups where you have been taking pictures of some 9 year old kid and pretending it's me, I've been out in the real world getting a life.
I'm graduating high school in a few months, going to college soon after that, I've been in a steady relationship since October 2012, I haven't self-harmed in a long long time, and I no longer bother with hypocrites like you who whine about a 22-year-old woman who told you to k.ill yourselves to your faces yet you're all 15-18 year olds making fun of someone behind their back in a Facebook group.
And you know what? I'm finally happy.
So maybe y'all should get off your high horses, go outside and help yourself instead of trying to make strangers on the Internet think you're "cool" by bringing up drama that happened nearly a year ago.
Oh, and to whoever stalked my quotes and put a screenshot on your little "WITTY PROFILEZ REUNION!!!11!!!!1 <3<3<3" group (no doubt set up by Caroline) of a quote that said "Did you catch your own reflection in the knife my mother held / or the hell in my father's eyes?" - It's just a f.ucking song. Most of you knew that yet you still made me out to be an evil psychotic murderer.  'And The Snakes Start To Sing' by BMTH. Look it up.
I kinda feel sorry for you guys.
But I do still like a lot of you - even though you spend your hours making fun of me now :) - and I have some degree of respect for all of you.

My name IS Lorcan Malone - you can probably find my real account on Facebook - and yes, I'm a male who is now 18, a senior and doing something with his life. So no, I won't be coming back here.

And yes, I know all of you are going to post 50 screenshots of this all over Facebook. I know you're all still going to waste your time complaining about what an a.sshole I was or making fun of who I am now - which is bullying, by the way, whether I see it or not - to more strangers who really could not give a shit. But I'm just not going to bother with it anymore. It's been what, 9 months? I've moved on. And if I can move on, you sure as hell can too. You'll feel much better about yourselves.

By the way, to whoever posted in that group making fun of my dead twin brother? You are a sick, twisted person and I sincerely hope you feel bad for it. You should really stop complaining about "bullies" when you say stuff like that in public groups on the Internet.

Comments Made on Lorcan's Quotes

oh and btw for anyone who cares, she has a Witty too, it's EvilAngel
reply 0

Ill be sure to follow her and tweet her . And ill tweet framing Hanley as well , I love that band too . Your a good friend
reply 0

thank you, it means a lot
reply 0

All those people love and care about you so much. They're the ones whose opinions should matter, don't listen to anyone else. They were probably just jealous of you or were struggling themselves and figured if they took it out on someone else their pain would go away, but it won't. If you could do it 74 days you can do it again. Don't listen to what other people think. Stay strong, you can do it again(:
reply 0

this legit just made my entire day.
sorry i was stalking you~
reply 1

Everyone is beautiful to someone.
reply 0

a m e n. a person is certainly beautiful to someone, but most certainly not to everyone, and we should respect everyone's opinion.
reply 0

oh my god thank you
amen
this is a sacred quote lmao.

blondehairshedontcare 9 years ago on quote #6483105

EXACTLY. this "everyone is beautiful" is so not true.
reply 0

The proper definition of 'beautiful' is someone with a beautiful personality.
I agree with you, some girls are not beautiful, and I respect that you have enough sense to realize that.
reply 0

I agree with you. Not everyone would consider everyone to be beautiful. It honestly depends on your taste. Someone may find someone beautiful that someone else wouldn't. Sorry if i'm rambling, do i make sense? xD
reply 0

So you mean some girls are ugly?
reply 0

no, i didn't say that at all? I just don't mean that every girl is 'beautiful', because beautiful is pretty on the inside and out. ugly to me is having a bad personality.
reply 0

I actually get pissy when people say that every girl is beautiful. I believe that everyone is beautiful to somebody, but somebody is never beautiful to everybody. It bothers me how people throw the word around, causing it to completely lose its meaning.
reply 0

I wont hate, but just to "CORRECT" you, everyone has some beauty on the inside or out! Everyone has atleast a bit of beauty! No not all us girls look like what young men want but we all have some beauty!
reply 0

i know that.
reply 0

when girls stop being attention wh0res and stop blaming every relationship problem on guys, then I'll "chill". basically never, because girls are too stupid and conceited to grow up and accept that they're not perfect. k bye. xo
reply 0

your seriously need to relax...now your stereotyping all girls!! I know plenty of girl that arn't like that and would like to think that im not like that also!! so you probably got into a fight with some girl and now your ranting about it..but whatever it is youll get over it eventually so dont take everything so hard, yeah?
reply 0