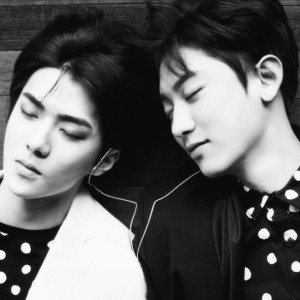 boys are the oscars and i'm leonardo dicaprio
10 1

me: hi is this walmart
person: no its harry styles
me: close enough
58 3

鲁汉 ♡*
funny
this one time when I was seven I thought I could talk to trees (bc I had no friends), and I used to sit by them and say things and one day i was talking to my tree friend called kevin and this girl came up to me and said "are you talking to that tree, freak!" and i started crying and hugged onto the tree, and while she was laughing one of the branches fell on the girl's head, thanks kevin (:
24 1

鲁汉 ♡*
loveyoukevin
She doesnt say "I love you" like a normal person.
Instead, she'll laugh, shake her head, give you a
little smile, and say, "You're an idiot." If she tells
you you're an idiot, you're a lucky man.

I dont care what you say

or who your favourite is; Louis Tomlinson is the glue
that holds One Direction together. He is the unofficial
leader - the one who rallies the boys for both focus
and mischief making, who distracts them when their
nervous, who cheers them up when their sad. He's the
one who takes the reins at awards shows and organizes
acoustic renditions of songs onstage and deals with
management on behalf of the boys so they don't have to.
He wrote 2/3 of their newest album - which sold
546,000 copies in its first week - and he's carried
harmonies on their songs from the very beginning.


He's the link that holds One Direction together.

let me be the one to lift up your ♥ up

and save your life

鲁汉 ♡*
love
i dont understand how it can go from boiling hot sunny about to go for a tan to cloudy thundery i need a cuddle and chocolate weather. wtf god
8 1