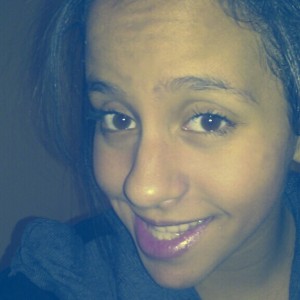 
justin timberlake
is making a comeback and justin bieber is finally at his breaking point.

coincidence? no. there can only be one justin.

neither can live while the other survives.

jimmy365
funny
how to break up with someone
you: your ex is attractive.
partner: which one?
you: me.
you: BYEEEE
585 3


am i the only one who tries to
learn lyrics to rap songs so i can surprise people during car rides.

yourcool
funny
If you're ever late for class or school, here are some excuses.
1) I was just really, really early for tomorrow
2) We can't all be Usain Bolt
3) In this day and age, we shouldn't use labels like "late"
4) I had PE first period. Do you really blame me?
5) My brother thought that it'd be hilarious to drop me off outside the prison gates
6) You can't tell me how to live my life
7) #YOLO
8) My legs fell off and I had to roll all the way to the emergency clinic
9) There was a freak yachting accident
10) Do you even read these?
11) "It does not matter how slow you go, as long as you do not stop."
12) I spent my entire night writing Tom Daley fanfiction
13) My father left my mother for an air hostess seven years ago. Do you expect me to get over that emotional trauma overnight?
14) Sarah Palin and I got in a twitter war and I couldn't let her win
15) Traffic jammy jammy jam
16) How can we go to school when Tom Daley
17) My sim was having an emotional breakdown and I needed to be there for her
18) I was sticking it to the man
19) I spent my entire night worrying if I would ever get a boyfriend
20) My meth lab caught on fire
21) My bed is more comfortable than your school will ever be
22) I was sad
23) It was a nice day, so I walked leisurely
24) 2 kool 4 skool
25) I had to stop, collaborate, and listen
26) I tried
27) A haiku about my lateness:
late late late late late
late late late late late late late
late late late late late
28) I was fashionably late
29) I was caught in a flash mob
30) I didn't choose the late life, the late life chose me
461 14

Hale_Storm18
school
School pictures: photos were everyone looks like they are possessed and want to kill the person taking the photo
16 48

If you said everything that was on your mind
59 4


"no"
i whisper as i
hear footsteps
approaching
my room

Me: can I go to the bathroom?

Teacher: I don't know, can you?

You are now chatting with a Person

Are you really that dumb that you didn't notice i was finishing th alphabet for you?