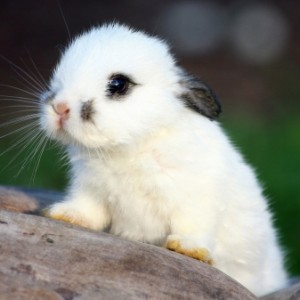 
follow block report
My name is Steph. I grow up everyday in witty.
I thank you for taking your time to read this
So I love to inspire but I love more to be inspired
I love music like most of you
I love animals more
I will learn to love our world so should you
We keep on waiting for the world to change

MeBeingNothingButMe
funny
I see friends shaking hands saying "How do you do?"
When really they are saying "I love you"
3 0

MeBeingNothingButMe
love
My best friend and I had to do a biography on each other for school. We have to interview each other and take notes. I asked him what his favorite color was, he asked me what my favorite movie was, and then I asked him what his favorite childhood memory was, and he told me this :
"When i was 4 my grandmother and I were playing go fish, and we had a see through table, so she put her cards down and went to go get us some ice cream. She pointed to her playing cards and wispered to me 'you can look if you want to' I did and I won that game. I had to leave that day to go home."
Then my friend paused for a long moment.He continued and said
"She died later that year, but it was in her sleep, so I know she must have had a really great dream"
When my friend was done talking about this memory I put down my homework and went to go get some playing cards. We played go fish that entire day. He had not played since his grandmother's death.
5 0

MeBeingNothingButMe
love
That awkward moment when...
you try to blow your nose so hard that you start coughing, and then you end up having to breath in really quickly with your mouth because your nose is still clogged!
5 0

MeBeingNothingButMe
love
A young woman went to her mother and told her about her life and how things were so hard for her. She did not know how she was going to make it and wanted to give up. She was tired of fighting and struggling.

Her mother took her to the kitchen. She filled three pots with water. In the first she placed carrots, in the second she placed eggs, and in the last she placed ground coffee beans.

Turning to her daughter, she asked, "Tell me, what do you see?" "Carrots, eggs, and coffee," she replied.

She brought her closer and asked her to feel the carrots. She did and noted that they were soft and mushy. She then asked her to take an egg and break it. After pulling off the shell, she observed the hardened egg. Finally, she asked her to sip the coffee.

The daughter smiled as she tasted its deep flavour and inhaled its rich aroma. The daughter then asked, "What's the point, mother?"

Her mother explained that each of these objects had faced the same adversity - boiling water - but each reacted differently. The carrot went in strong, hard and unrelenting. However, after being subjected to the boiling water, it became weak. The egg had been fragile. Its thin, outer shell had protected its liquid interior. But, after sitting through the boiling water, its inside became hardened.

The ground coffee beans were unique, however. After they were in the boiling water they had changed the water.

"Which are you?" she asked her daughter. "When adversity knocks on your door, how do you respond? Are you a carrot, an egg, or a coffee bean?"

Think of this: Which am I? Am I the carrot that seems strong? But with pain and adversity, do I wilt and lose my strength? Am I the egg that starts with a fluid spirit but, after death, a breakup, a financial hardship or some other trial, I become hardened and stiff? Does my shell look the same, but on the inside am I bitter and tough with a stiff spirit and a hardened heart? Or am I like the coffee bean? The bean actually changes the hot water - the very circumstance that brings the adversity, the pain, the hardship – into something quite wonderful. When the water gets hot, it releases it's fragrance and flavor. If you are like the bean, when things are at their worst, you get better, and change the situation around you for the better.

When the hours are the darkest and trials are their greatest do you elevate to another level? How do you handle adversity?

ARE YOU A CARROT, AN EGG, OR A COFFEE BEAN?
Comment what you believe yourself to be

MeBeingNothingButMe
famous
Friend:*steps on my foot*
Friend: I am so sorry, that was totally my fault , will you ever forgive my sorry soul?!?
Me: Whoa now you steped on my foot. You didn't kill my dog.
Friend: well...
Me: O__o where is my dog?
14 0

MeBeingNothingButMe
funny
We All Love The Butterfly, But We Forget To Thank The Catterpilliar
2 0

MeBeingNothingButMe
inspirational
Witty taught me to be myself,
Life taught me me that undershirts are more comfortable than bras
6 0