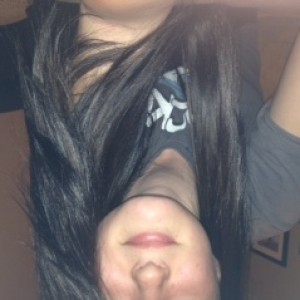 As I look around me
It's so easy to see

Carefully stepping, avoiding being cut
I think to myself, why would I keep my thoughts shut

I begin to run
You have no more control
I'm done

The glass begins to clear
You have no more control here

I see brightness ahead of me
And at last, I am free

Out you're a father

But that isn't enough

For you to bother

Into her mothers face

Wondering why another man

Would want to take your place

Why you didn't want her

She knew you lied

When she was only four

And destroys her mind

She has a dad now

But you still remain blind

He didn't have to care

Why is this fair

Still she struggles to understand

She loves her dad

More than anyone can

He tells her he loves her

And is a true man

In the back of her head

You continue to haunt

Why wasn't she good enough

For you to want

Why would another man

Want to be her dad

What was so bad

About her for you to accept

You're nothing to her

Not even a man

Because you've made it clear

It's time for you to disappear

Anonymous_Nicole*
love
The heart melting smiles,
The laughter that takes your breath away,
The eyes that make everything okay,
The unforgettable embarassing moments,
The days that can't be erased
The troubles,
The easy going times,
The arguments,
The happiness
The love.
The moments when you melt my heart with your smiles,
The way your laughter takes my breath away,
The way you look at me, and everything becomes okay,
The embarassing moments, that are never forgetten but always savored,
The days we spend together can never be erased
We have troubles,
We have easy going times,
We have arguments,
We have happiness,
We have this all, because
We have love.

Anonymous_Nicole*
love
You were my Hopeless Love Story,
You meant the world to me

Now you aren't here,
Yet you're so near

Why did you do this,
What was the point?

Is this what you wanted?
Was this your fate?

All along, it was just a game
Every last word, every last day

This isn't a game of chess,
You can't move the peices wherever you choose

You can't hurt everyone else
Because in the end you'll lose

But wait, for this is the truth
You already lost

You turned into someone I never wanted to know,
Now theres no where for you to go

You got yourself in a tough spot,
Remember when you told me you loved me a lot?

Well I guess lies must be told,
But sometimes lies get old

I guess it doesn't matter anymore,
Because you're forever trapped behind a locked door.
3 0

Anonymous_Nicole*
love
There once was a story of a boy and a girl, though it may sound cliche as ever and stereotypical, it was all but that.  This girl and boy met close to four years ago on the school bus on the way home. The girl talked about walking everyday and the boy asked when she walked. She said a time and got home shortly after the conversation.  She went on her daily walk and what do you know, the boy was walking at the same time in her neighborhood.  He was with his friend and when they ran into each other he tried to claim he wasn't planning to run into anyone, but the girl secretly knew that was not true.  Walking became so regular, then they became best friends.  Eating lunch and enjoying days together and with others.  Though she was only 14, and he 17, you could see clearly there was something more than ordinary between them. He denied such things to her for months on end, then one day they became a couple. This sounds like such a typical love story, ending in happiness, but it is not.  A good four months of being together went on, spending halloween, thanksgiving, christmas, and even new years together. There were no arguments, no nonsense, no issues, but one day the boy said he did not feel the connection anymore. So they broke it off, but heres the twist, they remained best friends.  As their friendship went on he knew her feelings were still there, they dated other people over the years, got into arguments with each other, and even helped each other through bad breakups.  They seemed clearly inseperable even through a break up and all. They would go through intervals where everyone assumed they would be back together again, but it never happened.  He acted as if he wanted to, but it never happened. She could see the way he looked at her, and just denied all possibilities they would ever be together again.  Then one day 3 years later, he decided to kiss her.  They had talked about many types of relationships that wouldn't be dating, but it caught her off guard. Then and there she fell back into the trap of having feelings for him, but she knew he would not go back with her. She realized that three years later, she shouldn't feel anything towards him, those feelings should be gone. But they weren't.  In order to make it seem some what okay, she had to cut communication with him.  For a solid four months or so she cut the communication, then went over to a fire at his house to hang out with his brother, because they were friends, and there is when he said "Hey."  They apologized and became close again, now to this day they remain hanging out all the time, seeing each other close to everyday, and still having the tension where you can see the way they look at each other.  For he is 20 and she is 17 now, and not a thing has seperated them.  Not even the fact that they love each other, but are so far in denial that they ignore it.  She got so used to shutting off her emotions towards him that she has became unable to have true feelings towards anyone, but when they are around each other they seem okay. Just okay.
0 0

Anonymous_Nicole*
lyrics
She on a roll, she Dean's list,

her a.s.s round like Venus
My p.e.n.i.s, her cleavage,

Anonymous_Nicole*
macmiller
"Opportunity is missed by most people, because it is dressed in overalls and looks like work."
-Thomas A. Edison
5 0

Anonymous_Nicole*
love
Now the situation I am in, is quite interesting, fantastic, yet one of the most risky things I've done.
6 0

Anonymous_Nicole*
love
We are all faced with a series of great opportunities brilliantly disguised as impossible situations.
~Charles Swindoll~
4 0