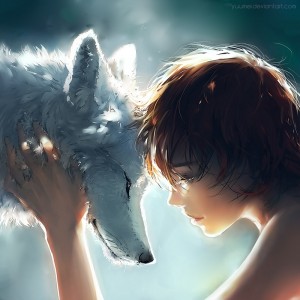 I am going through depression, but should be getting therapy soon.
For the moment, though, I just need hugs. A lot of hugs.

I am awkward and incredibly shy, so don't take it personally if I'm... yeah, awkward. xD


My goal in life is to either become a professional photographer or a professional singer-cross-pianist up in the West End or some awesome place. ;) Or a composer. I love composing to my mood, and there's nothing much more satisfying then hearing some awesome guy sing/play your pieces - but I love performing, both my own and other music, too.  ^-^

Seriously. It's what's kept me from going over the edge so far. </3

I honestly try to follow everyone back -
if I haven't with you then please tell me
and I will try as soon as possible.

And Raquel, dear...
Please come back.
I miss you more than words can describe, you beautiful girl.
The number of times I have gone to talk to you and for you to not have been there is killing me.
I love you.

What if
we treated every illness like we treat mental illnsses?

"Dude, you just think you need your insulin  medication because you can't deal with reality."

"I'm getting really tired of this 'cancer' of yours... I think it's high time you snapped out of it!"

"What?! There's some guy with cystic fibrosis just walking around?! People like that should be locked up!"
n    m     f

I've been such an

Either way, it's stupid.

Take one of my closest friends, for example. He is the sweetest, most caring person you would ever hope to meet, yet nobody in his school will talk to him, let alone be his friend. Yes, he has a couple of scars on his face. Yes, he likes different things to everyone else. But that isn't an excuse to ruthlessly bully him. I've seen  him covered in bruises and grazes many times - and they're definately not from his family or from accidents. He has never hurt a soul in his life - he is always there for people when they need someone, when they get stuck in class.. He is always bright and cheerful, always seeing the best in people - so why does he deserve to be hurt so badly?

Another example is one of my cousins. She is very close to her best friend, because her friend's parents died in a car crash. Her own dog had died only a few days later, but she'd poured her heart and soul into cheering her friend up. Just being there for her; supporting her. But people spread nasty rumours about them, then acted on these rumours. She used to come home crying every day. Her best friend began to drift away, hating her for being around her and therefore helping the rumours. Within a few weeks, both were alone. Do you think she deserves this?

None of these people have done anything to deserve such treatment. The people who hurt them must simply be jealous - jealous of their abilities, jealous of what they have. You never know what people have been through, why they are the way they are. You may not even know their full name - so why judge them? Why be so mean?

Besides. What if you were the final straw? What if you pushed them over the edge? Can you even begin to imagine the guilt you would feel? Knowing every day that it was you who caused them to take their life? Often, all they need to push them is just a little jibe, a careless comment. But what also happens far too often it that  they are shoved. How would you feel if you were subject to this torment every day? With no escape? You have no right to tell somebody to go and die in a hole, to go and kill themselves. Absolutely no right - so just don't do it.

It's not difficult- if you can't be actively friendly towards someone, then just smile and say hi if they talk to you. If you can't even manage that, then don't say anything. A teenager successfully committs suicide every 40 seconds.

People blame society,
but we are society.

Is it really too hard to just be ncie to people? Have you any idea how many lifes you might be ruining by your heartless, thoughtless bullying? Suicide is the third leading cause of death in teenagers. One in every four of us contemplates suicide to the point of trying it. Don't think this has nothing to do with you - it concerns all of us.

Why am I not good
enough?
Am I too quiet?
Too loud?
Too stupid?
Too clever?
Too happy?
Too sad?
Too thin?
Too fat?
Too tall?
Too short?
Too lazy?
Too energetic?
Too annoying?
Too boring?
Too sensitive?
Too emotionless?
Too loving?
Too cold?
The list goes on, but
If you'd just tell me...
n    m     f

I lie awake and try so hard
Not to think of you.
But who can decide what they dream?
And dream I do.
~Evanescence
n    m     f


Go away.
( hold your cursor over this quote)