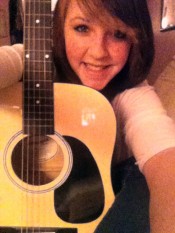 Life is so dull when there's no one you look forward to seeing.

You can't let them see how much pain you are in.

Millcrest
inspirational
People always say, "God works in mysterious ways,"
but how does this help anything?
My entire family and I are in so much pain.
7 0

Millcrest
funny
The Cabin
There was a hunter in the woods, who, after a long day of hunting, was in the middle of an immense forest. It was getting dark, and having lost his bearings, he decided to head in one direction until he was clear of the increasingly oppressive foliage.
After what seemed like hours, he came across a cabin in a small clearing. Realizing how dark it had grown, he decided to see if he could stay there for the night. He approached, and found the door ajar. Nobody was inside. The hunter flopped down on the single bed, deciding to explain himself to the owner in the morning.
As he looked around the inside of the cabin, he was surprised to see the walls adorned by several portraits, all painted in incredible detail. Without exception, they appeared to be staring down at him, their features twisted into looks of hatred and malice. Staring back, he grew increasingly uncomfortable. Making a concerted effort to ignore the many hateful faces, he turned to face the wall, and exhausted, he fell into a restless sleep.
The next morning, the hunter awoke -- he turned, blinking in unexpected sunlight. Looking up, he discovered that the cabin had no portraits, only windows.
http://creepypasta.wikia.com/wiki/The_Cabin
2 0


If you're in love with someone and you don't want to be, just remember that they probably have a hilarious face when they poo, and then you'll fall out of love. :)


Honestly,
I go to my profile sometimes
just to listen to the song I have on there. :3

I don't want to have anything to do with you


If what you're doing for me as "a good friend" is out of pity.