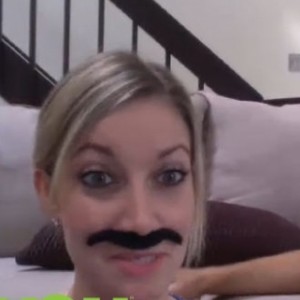 
follow block report
layout credit
You Shine So Bright,
I Never Wanna Watch You Fade ♥
Moni:
Hi, I'm Monica. You Can Call Me Moni.
I Have One Brother.
Music:
Chris Webby
Maroon 5
And Just Random Songs Basically.
My Birthday Is September Ninth.
Aka, 9-9-99
Creepy, Huh?
Any Twins? I Highly Doubt It.
Talk To Me!
I'm Broken. I'm Torn. I'm Hopeless.
I Screw Things Up A Lot.
I Push Doors That Say Pull,
But That's Just Me.
Oh, And I wanna Come Up With
A Cute Nickname Other Than Moni,
But Incorparated With It,
Like, Moni-Bear Or Something,
So Any Ideas Are Appriciated! :)

Echo:
I'm Echo.
Weird Name, Huh?
I've never really liked it.
Oh, and in case you're wondering,
In the picture, the top right is me,
bottom left is Moni, and top left
is both of us.
Anyway, I have two siblings.
Blaze and Declan.
I'm 14.
I wish I was funnier.. :(
I like nice people.
They're fun to talk to.
I don't like rude people.
They're not fun to talk to.
Ask me anything that's not creepy,
I'm nice, promise. :)
I kinda wanna know what Steve looks like.
Witty BestFriend: barneythebigpurpledino
Talk to me, and I'll love you forever. :p
My Biggest Goal: Have Steve Follow Us
But... We're unpopular, so that's not happening.
allison
http://www.spillit.me/Echo-Marie
That's All.
ThanksBye. :)
Fall Seven Times, Stand Up Eight. <3

Hey, it's Monica...
I've been through a lot lately..
With Echo in highschool,
My boyfriend breaking up with me,
Kids bullying me,
I've never even connected with any of you followers like Echo did..
But she now has her own account, EchoMarie.
Should I make one too? I'd inform you all...

Moni_And_Echo
story
I Thought You Guys Should Know What

Happened To Monica, And Why She Hasn't


She's Been With My Brother In The Hospital

And Told Me She Couldn't Face Witty Right

I'm Dying. No One To Talk To. I Hope Declan's

I Don't Believe It ecause It's True,
I Believe It Because I Want To.
<3

While I'm Listening To
Thinking Of You- Katy Perry,


He's Listening To
Bottoms Up

I Swear, I Don't Think I'll Be Able
To Stand Yet Another Love Song.
They All Just Make Me Think Of
Him
</3


Kara, a seven-year-old girl liked a boy named Will.
Will never spoke to her, but either way, she said hi everyday in hopes he would.
Day after day she said hi, with the tiniest bit of hope that he'd reply.
Never did he.
Then, when Kara was fourteen, she approached him.
"I've known you for seven years, and you never spoke to me, though I spoke to you everyday. Why?"
All Will did was shrug, and walk away.
At the age of sixteen, little Kara decided to try to move on.
She was hurt by Will, and needed fixed.
She went to Stephen, another guy she's known for a while.
They went out, held hands, laughed and smiled.
When she was eighteen, Will saw them.
And watched her get shot.


Love Me, No,
Let Me Be.
There's Supposed To be No Charge,
Supposed To Be Free.
And It Wasn't Until Late,
That I Could See,
That You Were Just Playing Me.

Went Out With My Best Friend First,
You Seem To Like The Next,
And This Is Why Soon,
I'll Send The Last Text.
I'm Not As Mad At You,
As I Am At Myself,
Because While You Lied,
I Said What I Felt.

And Then I Realized,
What's The Truth.
It Pains To Say Goodbye,
But I'll Power Through.
I Hope You Understand,
What I Never Understood.
But You're Not The One Supposed To Be Heart Broken.
I Should.
</3