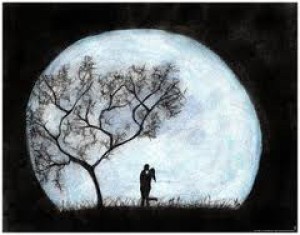 Sometimes I wish someone would just slap me across the face and tell me to do my work!
1 1

MrsBurrito
vent
Dear witty,
I feel its time to just let everthing out.  Warning this might not make sence to everyone. In elementry i was popular, i had tons of friends and was always happy. Once I got into middle school all my friends went to a different middle school than me so i had no friends. I was ugly so people made fun of me everyday. People called me names like stupid, ugly, loaner, and many more. You would think that names are nothing but after a while you start to beleive them. No one would talk to me or come near me because they didnt want the "cool kids" to see them with me the "nobody". I was the easy target. I sat alone at lunch, I workd alone on group projects, i would get pushed down the stairs and around the halls. It made me feel awful I didnt understand why people choose me to pick on. It made me feel worthless. I was alone. I became depressed I  would fail my classes, I would go home and cry everyday. I did what ever it took to get a friend but no one wanted to be friends with me. I came to a point where I didnt even want to live any more. So i tryd to kill myself a few times. After a year I found someone who became my "friend" but i found out the hard way that all that person wanted was a person to cheet off of and some one to blame for her mistakes. Because of her I almost expelled from school a few times but i didnt care because she was all i had. But luckly at the end of 8th grade and beginning of 9th I met someone who didnt care what others thought of me or who i hung out with. I ended up leaving the girl who was an awlful friend and i started my life over. The girl i met became one of my best friends and introduced me to her friends. I felt so confident around her and because of her I became a whole new person. I made tons of new friends and learnd how to trust people. I became a part of a group/click but they were the kind of people who didnt judge. For the first time in such a long time I felt wanted. But like all good things it didnt last. I ended up getting into a huge fight with her about somthing that to tell you the truth I cant remember but it was enough to break us up. when we broke up so did me and the group. Most of them dont talk to me anymore but the once that do I am so thankfull for. To tell you the truth I would do anything to get them all back. But after that i became depressed again so I started to fail my classes again so i got kicked out of my school and now i go to a different school I have made new friends but I am still depressed.
If you read all of this thanx
3 0

MrsBurrito
love
I love when i get home from a dance how my dress smells like the calone on the guy i danced with
I could just keep smelling it over and over!
1 0

I have never seen my Grandmother with out a smile
but sometimes I dont understand why
her son, my uncle was murdered
her mom, my great grandmother past away
her dad, my great grandfather past away
her daughter, my aunt died of a terrible illness
her husband, my grandfather had a heart attack
so I asked her how can you still be able to smile
and she said
"Because I still have you"
<3

Should I text him... nah
well...
maybe I will
later
if I feel lke
ok ok i will
but what if he doesnt text back
will he think I'm weird for textng him
No he wont
ok will
"Hi"
send
"HI"
OMG
he text me back
"hows are you?"
wait...
wait...
what happend!!!!
ohh I never pressd send

MrsBurrito
friendship
Its the little things about you I love the most like:
*the smile on your face when you look into my eyes
*how you are always yourself no matter who you are with
*when you say the most random things to break the awkward silence
*when you catch me when I'm about to fall
*your not afraid to tell me anything
*when i do or say stupid things you never leave me
Most of all I love how your always there for me like:
*a friend that I can laugh with
*a brother who I can cry with
*a father who will protect me
*a teacher who will help me
The best thing about you is that you always tell me how you love me
and I can say "I love you" back
1 0