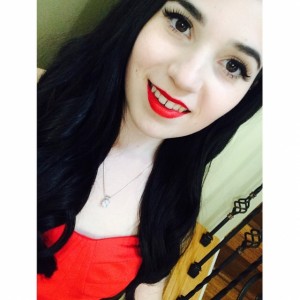 
And the saddest part of all
Is that I don't even know
How to be happy
Anymore.

MusicFreak24
idk
I Feel like people get lost
when they think happiness as a destination.
We always think that someday we'll be happy.
When we get that car or that job or that
person in our lives who will fix everything.
But happiness is a mood.
And it's a condition.
Not a destination
It's like being tried or hungry
It's not permanent.
It comes and goes and that's okay
And if people would think that way
they'd find hppiness more often.
- One Tree Hill
8 0

do you know how hard I've tried to become what you want me to be?
3 0

MusicFreak24
done
Here I am standing right infront of you, but yet you still look right past me.
7 0

MusicFreak24
life
There’s no shame in being afraid. Hell, we’re all afraid. What you gotta do is figure out what you’re afraid of because when you put a face on it, you can beat it. Better yet, you can use it.
~Coach Whitey Durham
7 0

MusicFreak24
sad
I remember when I was
Younger I wanted to be a singer, a rock star. I had a fake plastic
Barbie guitar, my friend would "play" the guitar (because
They didn't like to sing) and I would sing along to my Taylor
Swift CDs. We would make my basement look like a stage, we would
Jump and dance around. That was my dream to be up on a stage
In front of a crowd, but with people singing along to me. That was My dream.
Wishing that one day I would be up on that stage, I miss
That. But now I know it's not that easy, wishing and hoping
That I would be the rock star I always wanted to be. It's a lot
Harder, there are so many people with the same dream. You have a
Really slim chance at making it in the music world. So I think why
Should I even bother I try anymore, I'm not even that good.
That was my dream, but not anymore... or at least I Hope.

If you read that thanks i guess but it was more of a vent then Anything. And believe me when I say i really do love to sing.
9 4

MusicFreak24
wonder
Fear is stupid,
So are regrets.
6 0