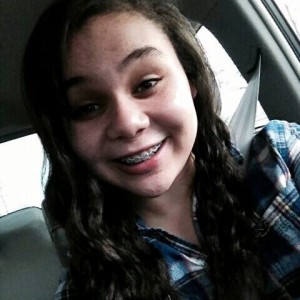 
follow block report
Keighly. 15. I reside in the state of Maryland.
I'm married to Johnny Depp- hands off.
I read way too much. I don't have a favorite author.
I like sws, ptv, mayday parade, ymas, atl, the smiths, nirvana,
waffles, yellow, purple, beagles.
I dislike everything else.
P.S., Jaime Preciado made eye contact with me and waved.

So I went to Spring Fever Tour yesterday..
I SERIOUSLY CAN'T BREATHE IT WAS THE BEST NIGHT EVER. The line was horrible. I accidently left my phone in my friends moms car and didn't realize it until I got to the line, it started raining, and the security was being stupid and didn't start letting anybody in until 5ish and then when we got in me and my friend immediately ran toward merch and I got two shirts, and then I saw Josh (ymas) come onto stage and I ran towards the crowd. We were pretty far back and to the left, but slowly moved up with the help of two kids we met, a couple from PA. They were our age and with their help, we 4 slowly got really close to the stage. Flash forward to Pierce the Veil- the number of crowd surfers doubled and I got scared since I'm only 5'1 and 3/4, that they'd fall on me. This guy also my age with a Nirvana shirt on was about a foot taller than me, and had been standing behind me for about the whole concert. He in a way protected me from the crowd surfers, even though in the process we were both kicked in the head a few times by them.. When All Time Low came on bras were thrown on stage (a usual atl concert) and Jack and Alex made the funniest jokes and ahhh. They talked a lot mainly because the show was in Towson, Maryland, where they started their band. They said we were the craziest show they've ever had in MD. :-)
It was honestly the best concert I've ever been to. I'm still sore from standing from 4-10pm but I'll be alright. If the tour hasn't been to yet and the tickets aren't sold out, I HIGHLY recommend getting a few friends together and buying tickets. It's totally worth it, and you'll remember the day forever.
0 1

Musicc99
music
I wish I could just stop liking you.
1 0

Musicc99
guys
Does anyone else fall in love with too many fictional guys?
2 2


maybe we got lost in translation,
maybe I asked for too much
and maybe this thing was a masterpiece
'til you tore it all up

Musicc99
celeb
I need advice regarding language in high school:
should I take German or French? Opinions would be nice :)
5 64

Musicc99
advice
Be yourself, they said. They won't judge you..

Musicc99
story
I don't know if you know who you are, until you lose who you are.
2 0

i'll  be the  wings that