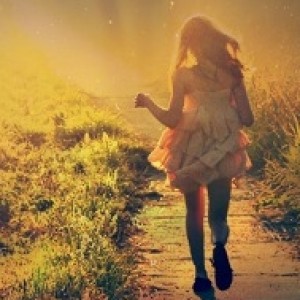 
"May the odds ever be in your
favor."

The cursor is Avril Lavigne. Here are my favorites of random stuff!

Color(s): NEON ORANGE OR NEON ANYTHING!

Book(s): Green Eggs and Ham, Miracle on 49th Street, Stargirl; Love, Stargirl; A True Princess, I Am NOT Going to Get up Today!, Corduroy, and maybe more!

Song(s): Anything that's from Taylor Swift and Avril Lavigne, most songs by Selena Gomez, Eye of the Tiger by Survivor, Livin' on a Prayer by Bon Jovi. Raise Your Glass by P!nk, F*king Perfect by P!nk, So What by P!nk, Billionaire by Travie McCoy ft. Bruno Mars, Edge of Glory by Lady Gaga, Monsoon by Tokio Hotel, and lots more!

Greek myth couple: Hera and Zeus, and Psyche and Eros

Holiday: Halloween! SO MUCH CANDY!

Here are my hates on random stuff!

Movie: Percy Jackson and the Lightning Thief (I really liked the book, but the movie sucked terribly!)

Pizza topping: Any type of veggie!

92 percent of American teens would die if Abercombie and Fitch told them it was uncool to breathe. Copy this in your profile if you would be the 8 percent that would be laughing your head off.

If you haven't died yet, copy and paste this onto your profile.

If it completely pi'sses you off when someone says being gay is gross, then copy and paste this into your profile

If people think you are mentally insane...copy and paste this onto your profile.

93 of American teens would have a severe emotional breakdown if someone called them a freak. Copy and paste this into your profile if you would be one of the 7 saying "What was your first clue?"

If you have ever talked to, argued with, or yelled at an inanimate object, copy and paste this on your profile. I actually put the note into my crush's locker!

As stupid as it is the note read,
"Are you full of beryllium, gold, and titanium?
Because you're Be-Au-Ti-full!"

Cameron*
school
I got a question for Percy Jackson fans:

Should I make Calypso become a mortal because of Leo?
Or
should I keep Calypso as immortal though she hangs out with Leo A LOT?

OR
I make Leo become immortal because of Calypso?
(^ That's actually my prediction for The Blood of Olympus. ^)

This is for a fanfiction I MIGHT start.
By this, I mean I'm going to start writing it but I'll forget about it later or something.
5 4

Cameron*
love
What makes me laugh is that I thought about trying to talk to my crush by asking him about a book.

Oh my gods, I traded a Starburst for a Twix from my crush!!!

Cameron*
school
Does anyone remember that quote telling you how to see who's visited your Facebook page and how much times? Cause, I'd really love a link to the quote or something.
10 7

Cameron*
witty
Me: *Walking out of class*

Friend: Are you in Mr. *Teacher's name* class?

Friend: Lucky! *Name of boy that's liked by quite a lot of girls and he's a grade older* in that class! He's so cute!

Me: Yeah, he's cute but his personality isn't the best.

Lesson to learn: I'm not saying my friend's a bad person; she's really awesome, honestly, but please remember that looks can be deceiving and that just because a person's cute, it doesn't mean they're nice or however you'd like them to be.
13 0

Cameron*
school
I really dislike when someone hates on an inspirational songs.

Like, today, in one of my classes we were allowed to request songs, and had a song that was about not caring what people think and liking yourself; Anklebiters by Paramore.

And, these two people were like the song sucks.

Like, no.
The girl who complained was a Belieber, and I don't know for sure, but I'm pretty sure Justin Bieber has mostly love songs. Please tell me if I'm mistaken or being mean. His songs are meaningful, I think maybe, but I think songs about loving yourself and not caring what people think are better than love songs. I understand, of course, that she could've just hated the beat or instrumental, but Anklebiters has a better meaning than Boyfriend.

And, the boy who complained was a person I honestly couldn't care less. I know that sounds mean, but he doesn't make me as mad as the girl. She listed earlier artists she hated and it was pretty long.

I understand if anyone would like to hate, I probably would if I was a Belieber. But, I honestly barely know if Justin Bieber's songs are really mostly love songs, so please do tell me.
20 7

Cameron*
school
I finally got a Paramore CD! :D

I also finally got an Avril Lavigne CD! :D

I wanted to get Let Go but they didn't have any. :(
But that actually kind of helped cause I didn't have to choose between Let Go or Under My Skin. :)

Cameron*
happy
What helped me cry at the end of Peter Pan the book,
was the fact I wanted so badly for Peter to want to leave Neverland because of Wendy.
I really thought they'd end up with each other and I sorta hoped that, too.

If that really happned, I honeslty would've cried for them, and say to basically anyone that Peter and Wendy are the best love story in the world.
I may exaggerating, but I really do love the idea of Peter and Wendy.
11 2