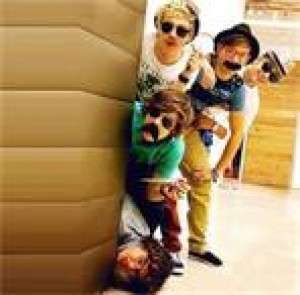 THIS IS WORTH READING, TRUST ME!


Earlier this year I was in one of my classes, and this one really nice girl asked to use the restroom, but the teacher told her no. Well the girl politely asked again, and he said no again. A few minutes later she said it was an emergency, and he still turned her down. You could tell she was obviously annoyed, but then about three minutes later asks again, and tells him it is a serious emergency, and she has to go, but he still says no. So the girl stands up in front of everyone, and her face is all red because she's embarassed, and she says to the teacher in front of EVERYONE that she just started her period, and she literally needs to use the restroom. At this point everyone is staring. The teacher STILL told her to go sit down and didn't let her go. Everyone in the class was confused and shìt, then OUT OF NO WHERE the kid next to the girl, a varsity football player, stands up and says "Don't you have a wife? Didn't you grow with your mom or sister's? She's started her period, and she needs to use the bathroom, and she's going whether you let her or not!" Then he walked over, pulled the girl with him, and walked with her to the bathroom. When they came back the doûche bag of a teacher called security on them, and the guy got suspended for standing up for the girl.
I will never forget that day. A dámn football player was man enough to stand up for a girl against a teacher and defended her on a girl problem she was having. Not many high school guys are mature enough to even say the word "period" much less do what he did.


I get overly protective of my favorite bands.


He's the cute kind of nerd.

SecretlyBrokenAndSilentlyHoping
love
What's the difference between me and a calandar?

WhisperInTheDark
funny
This quote does not exist.
31 1

Nothing is impossible?
Imagine a new color.


Say no to drugs.
Because if drugs are talking to you, you've probably had too much already.

Kid I hate: *accidentally bumps my shoulder*
Me: Can you not? I hate you people! EVERYONE! ALL OF YOU! *points to classmates* I HATE YOU ALL! YOU'RE ALL STUPID AND CAN'T EVEN WORK THE INTERNET CORRECTLY! DOUBLE CLICK THE CHROME BUTTON! NOT ONE CLICK! AND YOU! *points to annoying kid* YOU'RE JUST STUPID! I DON'T UNDERSTAND HOW SOMEONE CAN BE SO IDIOTIC. I'LL SEE YOU ALL IN McDonalds WHEN YOU'RE TAKING MY ORDER! EVEN YOU, YOU STUPID TEACHER! DO YOU EVEN HAVE A DEGREE? YEAH, RIGHT. THIS CRAPPY SCHOOL WILL HIRE ANYONE! THEY HIRED THAT WHITE SPANISH TEACHER WHO CAN'T EVEN PRONOUNCE 'COMO' CORRECTLY! I MEAN, WHAT IS THAT? SO YEAH, I'LL SEE YOU IN McDonalds, and remember, I like my fries extra salty.

CaitlinAtTheDisco*
school
Watching them together,
is like watching a car crash. You really don't want to look, but you can't stop staring.

lovecrazy
break up
This quote does not exist.
40 0