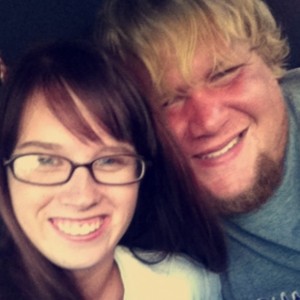 I rodeo and work with horses. I get paid for it too! (hate all you want, but sending me things that say rodeo is harmful to animals isn't going to change my mind, because not all are harmful)
I love animals and work at a vet clinic.

So today my little 8 year old boy cousin and 11 year old girl cousin were messin around and I heard him say "I wonder what it's like to be a girl" i just looked at him and said "It freaking sucks!!"  cause at the time I was having major cramps.....lol
1 0

When I See A Quote Asking Us To Fave It So They Can Go Follow Each And Everyone Of Us, I Don't Fave It.

Goin to a College for 2 days!
Hmmm.....Theres gonna be boys!
Bad thing though:
I'm not the one goin to College this year
oh well!
That doesn't matter!
I'm a Senior Baby!!!!

Before I joined Witty I had seen the quote
"I have skittles in my mouth. do u wanna taste the rainbow?"
and it looked really cool so i took a pic of it with my phone and I had it as my background.
well on my bday me and a couple of my close friends went swimming....my best guy friend (i had/kinda still have a crush on him) stole my phone when we were eating and read it, looked at me and smiled....i was confused, then he kept asking what i wanted for my bday so i was saying stuff like chocolate, candy, just simple stuff.
and we were hanging out a couple days later and he says "I got u a present" and when i turned around he pulled me in a kissed me. And so began a summer romance haha
and my nickname was skittles for a while too

I don't need a stable relationship....
I have a
Horse
for that
:)

Well he’s got me in his sights, I’ve got a red dot on my chest
But little does he know I strapped on my Kevlar vest
I pulled out my Remington and I loaded up these shells
He’s about to find out I’m a dang good shot myself