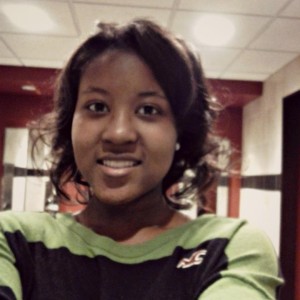 
It makes me sick, the way
sadness is addicting. The way
I can't stop. Sadness is familiar.
It's comfortable and it's easy
in a sense that it comes
naturally to me. But everything
else about it is hard. The
way my body aches with
self-hatred. The way my mind
spins and spins with hopeless
thoughts. The way it poisons
everything I do, every relationship
I have. Yet it's addicting,
because I know sadness, and I
know it very well. And there's
a sort of comfort in that, like
being home after a trip or sleeping
in your own bed after being
away. There's just a sense that this
is where I belong. That this is how it's
suppose to be.


It's amazing to me how a girl will
dress like a complete s/lut, yet will still expect guys
to want to date them because of their personalities.
& then when their relationship doesn't even last a month,
they're so confused as to why...


me: wow could my thighs get any bigger

The thighs expand at a rapid pace of 3 meters per second. Soon they are out on the street and pouring into a nearby river. They consume passerby and stop traffic. Pedestrians run for their lives. Authorities are stumped. The thighs have managed to engulf the entire city in less than an hour, and are moving on to the next one. Shots are fired but are futile.
This is the end of humanity as we know it.

A girl met a boy
and she loved him
more than
moonlight or the
starry sky, more
than the changing
seasons or
oversized sweaters
more than polaroids
and postcards old
type writers or
record players
concert tickets
or the things she
highlighted in her
favorite novels

Her heart swelled
as the days passed
by, she was so
full of love for
him and hope that
she forgot to do
what many forget
to do.

She forgot to
leave room to
love herself.


Somewhere out there a girl is suicidal but no one takes her seriously because you and your friends treat suicide like a joke and now it’s just a matter of bragging rights, like “I've tried it, you haven’t?” So her peers rolled their eyes when she said “I want to die tonight.”

Somewhere out there a kid is slitting his wrists because no one listens to him and you’re calling this glamorous? Somewhere out there is a girl with a toothbrush down her throat puking blood into the shower drain. She will die on her knees, and you have the nerve to call yourself 'kinda bulimic' because you tried it once in 8th grade? F/uck you.

Somewhere out there someone is starving themselves but no one will see it because all the girls around want to be thin. Now you think it’s cute to be awkward, while somewhere out there is a boy is too scared to leave his bedroom or to make eye contact with strangers or to speak when he answers the phone and you think that it’s trendy? It’s cool to be sick suddenly and depression is a badge you’d like to brag about.

Somewhere a corpse is hanging from a rope. Now tell me how that is glamorous? We've glorified sickness so now it is meaningless. If you are so desperate to feel interesting that you want to trivialize the sick just to make friends let me tell you something: Interesting is being fleuent in nine different languages. Interesting is a poem that hasn't been written. Interesting is an artist who paints portraits of strangers on the bus. It is interesting to care about people and it is interesting to be kind. But if you’re so dull and stupid that you think sticking a label of sickness to yourself will make you cool maybe you should shut off the computer and leave your bedroom and go learn something true.

Yes, we are all sad sometimes, and yes we want to be thin. We get nervous when we meet new people. That is just human. That doesn't mean you are sick or strange or fascinating. Somewhere out there are people who really need help and they struggle to be heard over the millions of teenagers screaming “Hear me! Hear me! Hear me!” Just shut up. Realize that you are lucky to be healthy and stop lying and trying diagnose yourself and bragging because that is just disgusting.

You aren't helping anybody. Learn the difference now between sadness and depression, between hunger and anorexia, between a problem and a dry spell. You are human and that makes you interesting. An illness is a horrible tragedy and it is not beautiful or news worthy. There is nothing glamorous about a slit wrist or a corpse in a coffin and there is nothing glamorous about wanting any of it.

It’s wrong and you need to stop.


*A conversation between my guy-friend and me on facebook*

Him: Quick question. Why do girls
alwayssssss post depressing statuses
about love and romance when they
know nothing about either of them.

Why, like it's annoying af.
Like I don't care that your dumb
s/lut self let that dude use you
then throw you away for the 7th time.

really peeves me off
hate on me idc

Him: I know I'm pretty

Him: omg thanks you too

now go make a staus about that

Me: "He called me beautiful. The thunder of the
butterflies touch my tummy slowly as my
stomach drops when I hear him say it."

Him: brb dying
wait no why'd I just say that
it really peeves me off when people say that

Him: thank you for those motivational words


A good relationship is built on comprimise and love.
But you have to make sure that you don't mistake
comprimise with being fake, because for some reason,
a lot of girls don't seem to understand this concept.

For Example: Your boyfriend loves to play basketball,
but you HATE basketball
What you shouldn't do: be a Mitt Romney and tell him you LOVE
basketball and pretend like you watch it 24/7 and go on
and on about how you love the Celtics and Kevin Garnett
even though you know absolutley nothing about both.
What you should do: Even though you hate basketball, go
support him at his games and make signs a yell "GO
'INSERT NAME HERE'!!" every five seconds. Even though
he knows you hate it, he'll be happy you took the time
to support him regardless.

SEE? Comprimise!! Now that wasn't so hard was it!?!
Now, if you don't follow these rules then eventually
he will discover that you are fake and then
he will dump your a/ss faster than you can say "Niall Horan"
and then you will have to enroll
catlovers anonymous and begin your collection.


Having a crush is like having that little piece of
rock stuck in your shoe and you stop walking
and shake it out and you're pretty sure it’s gone
but then a half hour later you feel it
under your toe and you're like
oh no.