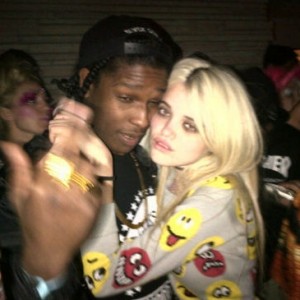 Pesadilla
beautiful
HELLO HELLO GUESS WHO IS BACK
0 5

Pesadilla
cute
so i read a hunger games fanfic on wattpad and i usually hate fanfics so much but this one was amazing oh my god you should read it and fangirl with me because it's so perfect yes here u go http://www.wattpad.com/story/2313862-pregnant-in-the-games
4 3

Pesadilla
sad
WHEN I MET YOU flowers started growing in the darkest parts of my mind, baby i still sleep with your name on my lips and your eyes carved into my brain.
✿
28 5

Pesadilla
sleep
guys you should probably check out jessica (deadmau5)s layouts bc they're perfect and not enough people appreciate them while they use all these ugly aśs layouts yeah "get rid of that piece of rotten meat and get yourself a very jessilicious layout today, only for $.99!!" yeah no not really it's free so jusT GO ALREADY WHY ARE YOU STILL READING THIS GO
2 1

Pesadilla
dreams
Girls who struggle with low self-esteem will often express it in one of three ways.

A person with low self-esteem will sometimes simply stop trying. She will act as though she is at the mercy of everyone else, and is often indecisive - waiting for someone else to make the decisions for her. She may feel self-pity or indifference, and use those things as excuses for not taking responsibility.

Some people try to cover up low self-esteem by acting as though everything is perfect. "Couldn't be better!" This person is often a high, or over-achiever, using success as her way of maintaining, or proving, her sense of self-worth. This person is often afraid of failure, and it's likely that she grew up in a home where failure was seen as a reflection of self.

The third type of person tries to build walls as her defense mechanism. She acts as though nothing bothers her. She tells others (and herself) that people's opinions don't matter. She will especially use this tactic with authority figures or people who are considered "important". She's often angry, because she feels like she's never "good enough". Her need to prove that other people's opinions don't matter may lead to outright rebellion - breaking the law, or blaming others for the consequences of her actions and the way she feels about herself.

the pain
it's determined and demanding
to ache
but i'm okay