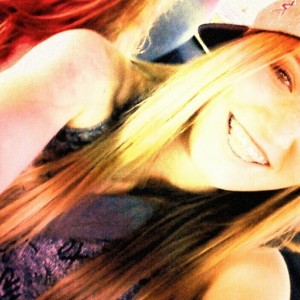 
and suddenly,
all of the love songs were about you

KatrinaEmily*
love
I'm pro for gay rights.
Me and my best friend Aiyana kissed in the parking lot today in front of our crushes and all.
We dont care, why should you?
6 2

I can't even remember
the last time I smiled without faking.


its been that long.

KatrinaEmily*
break up
It's funny how sometimes all we needed was
a line from a song,
a quote from a book or movie,
to realize how we really feel,
And all we needed was
a smile from a friendly stranger,
a good cup of tea,
a walk in the rain,
an old song,

to briefly put us back together,
before we fall apart all over again.

KatrinaEmily*
love
PictureEsquePink remove this and I will hunt you down.

the worst part is
is that this time, when i fall for you..
i know you won't catch me♥