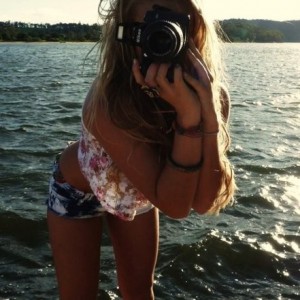 hey witty. I am leaving for a little while. not forever, I can promise that, but for a while. I thank all the people I have met here, and everyone who followed me. I enjoyed the time I had here. well, this pres is getting sad, sorta like a funeral. so let's turn this into a happier one, shall we ? christmas is comming up, so I'll be here for christmas, to wish my friends a happy christmas, so you can contact me then, and I just might even be here for thanksgiving. love always, juliee <3<3<3

Iamawsome15
break up
Don't wipe away your tears, wipe away the people who caused them.
11 0

Iamawsome15
advice
This quote does not exist.
4 0


I've never been skydiving, but I've

DoodleLove
funny
If only she knew the truth...
11 0

tylerrelyt88
love
This quote does not exist.
3 0

Ever since we had gotten back from the Hamptons, March has been in hysterics. She can't find her journal anywhere, the one she had been practically glued to ever since I'd met here. "My life is ruined," March whimpered, plopping down on her bed, tears running down her face. I got a tissue from the bedside table and sat down next to her, handing her the tissue. She smiled greatfully, taking it and dabbing at her eyes. "Everything was in that journal," she whispered, devastated. I heard the landline ringing in the kitchen, and took off running to get it. Picking up the prehistoric phone, I heard and unmistakably low, british voice. "Hi Harry," I said. "Oh, Grace, its you. Hi, its me, Harry. Can you ask March to meet me in Central Park, at say, noon," he said quickly. Before I could answer, he hung up. I walked back to March's room, giving her the news. "Come on, get your sad butt dressed and over to Central Park," I pressed, pushing her to the closet. After helping her pick out something, I got my jacket and walked out of our apartment, over to Starbucks. The Starbucks was pretty close by, taking me only 10 minutes to get there. I ordered my caramel latte and went to sit down, digging through my purse until I found my phone, which had been buzzing around. After capturing it, I saw a text, from Niall, who I had gotten the number for during the weekend. Everyone had gotten everyone's number.  Opening up the text, I let my eyes take in the words.
" I'm the one to your left, wearing the sunglasses with the mustache"
I turned my head, having to hold in my laughs at seeing Niall with a golden tuft of a fake mustache on his upper lip. I picked up my drink and sat down in the seat next to him. "Who are you and why is there a squirrel mauling your face," I questioned him. He grinned at me, giving me a hug. "Hey Grace," he replied, in his Irish accent. I looked up at him, pulling his sunglasses off, seeing the red in his eyes. He had bags under his eyes from lack of sleep. "Hey..," I whispered,"What happened," He snatched his sunglasses away and pulled them on. "Ruthie," he answered, barely audible. I hugged him, harder this time. "She's so mad..I completely f*cked it all up," he whispered, his voice cracking. I remembered Ruthie, we had roomed together during the weekend. She was a mess Sunday night. The next morning, in the cab, she cried the entire way back.
"Shh, I'm here for you," I whispered to Niall, leaning in and kissing his cheek, accidentally pushing his mustache off. At that exact second, I heard the bells on the door ringing, and felt Niall jerking away from me. I looked up, the sight of Ruthie standing there, eyes just as red as Niall's, was burned permanently into my memory.

I was leaning against the huge tree in the center when March walked up to me. I pulled her to me. She smiled up at me as we both walked over to a bench and sat down. I heard her sigh, unhappily. "What's up," I asked her. She told me about the loss of her journal. She started to cry. "It's just a journal, you'll find it anyway," I tried to comfort her. She looked at me like I was crazy. "You don't understand Harry," she said, raising her voice. March started to get up, getting mad at me. I pulled her down, onto my lap. I brushed the hair away from her face. "I'm sorry, you'll find the journal, I just know it," I said, feeling terrible for being the one that made her feel this sad. I thought of the journal, burried under my clothes in my duffel, filled to the brim with amazing songs. I had two choices. Make March happy, give her the journal. Or, make myself happy, and help my career a bit. After all, One Direction only had 3 songs out. This could really make us.
Maybe, I'll keep the journal, just for a little while...

A Good Way To Tell If Your Guy Is
"The One"

Send him to the store with a list.
And if he comes back with the everything on the list & the tampons/pads.
He is a keeper!