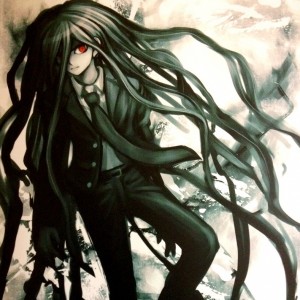 Why yes, I do like Danganronpa, Shingeki no Kyojin, and Ib. Thanks for asking. Although, I'd really appreciate it if you stopped staring at me through the window.


Don't you think there's
something that's way more important
than whether or not you have a talent?
9 0

kowhyda*
inspirational
This is going to be long, and probably won't make much sense, but I feel the need to write this.

Okay, so I have this massive fear of death/dying. Honestly, other people dying doesn't bother me all that much, but the sheer thought of me dying can literally keep me up all night. Of course, people will always say that I'm not really scared of death, but that I'm scared of the unknown and whatnot, and while that is true in some ways, thinking it over, there's so much more.

For one, I'm not entirely scared about not knowing what'll happen after I die, but more like what the options are. From what I can tell, there are three options: afterlife, reincarnation, and nonexistence.

I guess I'll expand on the afterlife (and the most common depiction of it) first. This must seem like the most comforting option, right? Even after you die, you still get to live! Isn't that great? Well, no, it isn't. Let's start with the idea of heaven—a beautiful, peaceful place probably all filled with hope and greatness. Wow! I just want to head over there right this instant. But I don't. I really don't know how to explain this, and it honestly confuses me a lot, but heaven terrifies me. I think it has something to do with how it'll never end, and my personal belief that such a perfect place is probably actually horrible to live in. Places of perfection, with no room for bad feelings, or bouts of despair, seem too good to be true, you know? But yeah, heaven doesn't bode well with me. Next, we have hell. It's pretty obvious why I don't like that place, so let's just not go on with that.

Alright, so now we have to deal with reincarnation. So you get to be reborn. Woohoo! New life, yeah! This way you never truly die. You just keep going on and on and on and on! The reason this scares me is because I like how I am as my current self. To be reborn again, that gives the possibility to be born in a complete different environment, right? And your environment and the circumstances in which you were raised helps shape you into who you are, right? Well, I don't want to take that sort of chance. I don't want to have the chance to be a different person! Who knows, I might end up agreeing with everything I'm against in my new life. I really don't want that. Doesn't that mean that I'll stop existing as myself?

Speaking of not existing, we have our third, and finally, option: nonexistence. Basically, you just 'sleep forever'. A permanent coma, if you will. Yeah, no. As implied by the name, with this option, I'll stop existing. I hate that. You know what happens when people stop existing? They become forgotten. People who no longer exist don't have the right to be remembered, don't they? They're gone; they don't matter anymore. And when things no longer matter, you get rid of them. Of course, this matter of 'no longer existing' doesn't apply to important people. Important people don't really stop existing, even after death, because they're important. They matter. Important people have a place in this world, and therefore we remember them. But I'm not important, and I probably never will be. So, when I die, and when I stop existing, I will be forgotten. "Oh, nobody will forget you!" you may say, but how are you so sure? It happens. It'll always happen!

I can't stand that. I have to be remembered, but I'll never amount to anything that'll guarantee that. Even if I somehow did manage to do at least something remarkable, it probably wouldn't be big enough to warrant remembrance anyway. To be honest, I'm not so sure why being forgotten bothers me so much. It just does. So to make sure I'm never forgotten, I need to live. But that's. Not. Possible.

Everybody dies. I have to die. There's no loophole. Being forgotten is unavoidable, and that scares me so much.
7 4

kowhyda*
funny
Why do you complain when you do nothing to help yourself? How is sitting down all day, loathing everything, and distancing yourself from the rest of the world going to help you? What, do you honestly believe that something good will happen if you just sit there and wait for it? No, that's not how it works. You need to get up, and do something about whatever it is that you're so adamant on complaining about. Don't you dare stop to think for a second, "Oh, but I can't do it!" Yes, you can. Will it be easy? Of course not! But, hey, guess what? Nothing is. How surprising, right? Nothing will start unless you take action. It doesn't matter if you think of it as impossible, or if you deem yourself unworthy to try, or if you're simply too 'untalented'. Why don't you give it a try first? You can never be sure of anything unless it happens, right? No matter the amount of scenarios you make up in your head, you can't know how it wll actually play out. So stop sitting there twiddling your thumbs, and do something.
4 0

kowhyda*
inspirational
Me: realizes I still haven't done my research report
Me: proceeds to freak out instead of actually doing it
5 0

kowhyda*
school
To the people who think getting compliments is 'oh em gee so awks lol' because you don't know how to respond, there's this phrase called 'thank you'. Maybe try using it sometime?
28 13

kowhyda*
funny
After all,
heaven or hell -- whichever one you go to,
they're really the same in the end
6 0