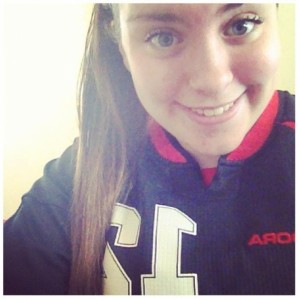 Status: I don't care what you think of me, I am me. Don't try & change that.
I believe everyone has a right to an pinion. You are your own person, & nobody should try & change that. You're gorgeous eys, & smile. Something people should never judge you on. I'm on here, not only to make quotes, but to shed some light on the haters, & show you that your gorgeous, I'm really not one of the wittiers who just says your gorgeous to stop you from "commiting" anything, I'm saying you're beautiful and meaning it.Keep your head held high, it belongs up there, no ned to look down on yourself, OR others. Smile more, it looks good on you.Don't cry over a guy, let a guy cry over you, because girls give & forget & guys get & forget.♥
My indefinite favorite witter,
is Jayciecutie01.
because she writes thing from her own brain & doesn't take them from tumblr, or other people.

What do you call a dog with no legs?
Doesn't matter what you call him, he ain't gonna come. (:

SamanthaNicolePerry
love
Taylor Swift=Adele
.I feel as though Adele and Taylor Swift are sisters. Adele rights about things that feel so deep, so beautiful. As for Taylor, she just makes me smile, every time she sings. Both voices give me chills. Adele has a song called "LoveSong, VERY SIMILAR to LoveStory, by Taylor. They are both completely different individuals, yet come together with the sound of music. Taylor always says " It's OK to be yourself." While Adele says" You hear music with your ears NOT with your eyes." I love both genres of music. Adele; with Pop/ LoveSongs., and Taylor, with Country. If you read this so far, thank you. I felt as though I needed to get the word out of both FABULOUS musicians.
agree now?.
Thanks.

SamanthaNicolePerry
inspirational
Today I took a seat at lunch
...next to a big boy who sits alone everyday. I found out he was a sophmore, he should have been a junior, but was held back. I found out his parents are divorced, and he has been kicked out of school numerous times because of bad behavior. I found out he has been to over six schools. I found out that nobody dares talk to him cause of his looks, and he's judged because of his past. I found out, every lunch period he leaves school because he has no friends to sit with. I found out because of his life, he is struggling with depression, and tried to kill himself. In fourty minutes I became his friend. As the bell rang, I got up, I told him I was always there if he walked to talk. He stood up and looked me in eyes and said, "You saved me, tonight, I was just gonna stop going... But, I'm going to keep going now, I promise, because I want to find more people like you." He hugged me, and walked out,
smiling.
-before you ask, this is true.
7 0