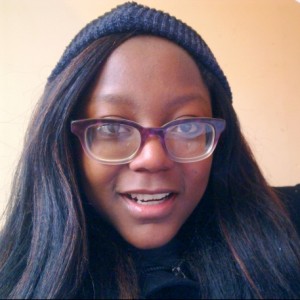 In order to fight monsters,
we created monsters.

My Tumblr † The Best Band Ever † My Other † Becky, Le Bestie † Noor, Le Bestie

My name's Sandile, your average fourteen year old girl living in England,
I'm madly in love with a band that doesn't know I exist & a madman who wears bow ties and lives in a blue box.
Like everyone else on Witty I'm in a never-ending relationship with food & internet connection.
I'm easily sucked into fandoms
(right now I'm currently in love with Raleigh Becket)
♥♥♥

Hey.
Guess what.
My lips.
Are touching air.
And so are yours.
So through the power of diffusion
They're touching each other.
113 0

There's a special place in hell reserved just for me.

It's called the throne.


What if quotes could have a background image?

1. Having a perfectly subtle scent of cologne/aftershave that doesn’t overpower but leaves you with that “boy smell” that you just want to get high off of the rest of the day. (God forbid they let you borrow some article of clothing, in which case you might get some sort of lung infection from vigorously inhaling the fibers through your nose.)

2. Lingering on a hug for just a moment too long.

3. Looking you directly in the eyes when they talk to you, with perhaps the occasional glance down to your lips while you’re talking to them.

4. Licking their lips gently when they’re in the middle of a sentence, and allowing themselves to take that pause in the sentence and let everyone linger on their words.

5. Being really charming and kind with servers/bartenders while at restaurants, and being at once deferential to their knowledge and sure about what he likes. (This includes ordering for the both of you if you’ve already told him what you want.)

7. Saying your name unexpectedly at the end of a sentence, especially in that lower register where you can tell they’re being more serious than usual.

8. Sighing in a way that you totally imagine sounds the same way as when they’re doing it.

9. When found in a tough situation, being able to handle everything completely and never showing a glimmer of panic or desperation, and even going so far as to tell you “don’t worry about it,” because they have it under control.

10. Giving you that sly smile when you make a joke, the one that says, “You’re crazy, but I like that about you.”

11. When they are effortlessly good with kids, and kids feel really comfortable around them in a way they usually don’t with grown-ups. (This goes double for little girls in floofy dresses. Guys who are able to have a tea party with a little tiny girl and get totally into it without worrying about looking “girly” are essentially kryptonite for the ovaries.)

12. Laughing really hard at things with you, the kind where you basically start crying/get a tummy ache because you’re so completely un-self-conscious.

13. Speaking in a really hushed tone when they’re talking about something serious, one that makes you come closer to them while they’re telling you so that you don’t miss a word.

14. Dancing with you, even if they’re terrible at it, because they’re there to have fun and they’re not concerned with how they look over something as silly and fun as dancing.

15. When they touch you almost unconsciously, to either reassure you or to get your attention, and are both firm and soft in their manner at the same time, giving you the “I respect you immensely, but yet know what I want” feeling.

16. Complimenting you unexpectedly on something sincere-yet-specific (and in a way that lets you know they don’t expect anything out of it).

17. Remembering little things that you talked about a while ago, and following up on them because he’s actually curious about it. You can get so used to people being self-serving or oblivious that when someone pays attention, it can feel weird — but you should expect nothing less than people who care as much as you do. After all, if you really think about it, there is nothing hotter than feeling like someone sees you as a human being.


At my school there’s a rule that only one student can be out of class at a time with a hall pass, but today in math a bunch of people forgot their graphing calculators so my math teacher yelled, “EVERYBODY, GO. RUN. THEY CAN’T CATCHH ALL OF YOU.”
381 2