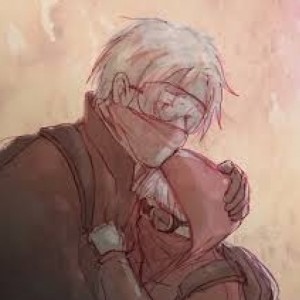 I'm Ann and I write poetry and books.

"your naked body should only
belong to those who fall in love with
your naked soul."
-Charlie Chaplin

1) When you fell in love hard
with a boy who had only
lost his heart in a forest.
He tells me, its my fault
since, you make his heart caught
in his lungs and hard to breathe.

2) This boy is a lost boy, who
ran away from a burning forest.
Your mother warns me about the
type of people who light fires-
light fires and never come back
to stop the fire from spreading.

3) It was only sooner or later,
he asks for the show of  your
body but there was so much that
was not able to show. You gave
him your elbow, lips and hands.

4) He realizes that love from you
is not as worth it since there are
lost girls who would give their
bodies just for moments of love.
Only given at night, and awaken
the sadness and emptiness.

5) Sooner or later, he'll leave you.
You know this because, every time
you speak now, smoke come out of
your mouth because the fire he left
in your lungs seem to make it harder
to breathe.

6) The night before he leaves and acts
as a stranger, you give him the last kiss.
You get up and make breakfast as if,
he'll even eat it. He doesn't. He left,
without a goodbye.

7) He does not sayanything anymore,
as you both walk past each other.
He is the type of person that light fires
and it seem to never burn out, he was
the one your mother warned about.

8) Although, you want to grab his shirt.
You stop yourself before you cut the
hands you long before gave him.

A poem to my mother about the arguement we just had.

I am not perfect.

Not a single speck in my soul was
ever that perfect or innocent.
I've grown to the harsh realities too
early and you already know that.

The exposure of the hatred and that
single harsh reality brought a hole
to my heart and though I never admit
it, it does really hurt more than you

You believe that I think I am perfect,
what part of me is perfect if those parts
of me was already taken without a question?
Consent was just as if it was an invitation

that was never recieved that following day.
There were a lot of days where I grew up,
the day my mother, you left the house; I matured.
When my own father asked a hug before he
walked out on me the several months before

my own birthday, no my birthday isn't on
Canada's day (so why call me on that day?)
yes I played with toys and such but everything
changed that night.

Because I wasn't an oblivious child anymore,
I was a girl in grade 4 who was asked in grade 6
by a girl who was my new friend who wondered
what my father worked as.

What part of me is perfect if I have a broken past
which continues to bother me a lot til this day.

I'm  embarrassed, people who believe in perfection
have a high confidence but I never did.
The loudest laughter seems to be the fakest and
so I laughed to blend in with the crowd so you'd

never know that a laughing family has cheap
wallpaper covering a hole in the wall of a room.

A room which is my heart.

i don't know if i love you
in this type of manner but,
seeing you with her makes
me feel as if i want to scream.

we spent our days together
dissing about her, she's the
cheating ex and you tell me
you love her and now i am

the friend who said she'll
support you til the end..
i show you my past poems
but this poem i won't show

you because i think i fell
in love with a person that
i should have never fallen
in love with in the first place..

today she said goodbye,
tomorrow i would end
up on the sofa drunk on
some alcohol and a tub

of ice cream; my heart?
gone.

she took it when she left
me, it's still in her
posession.

In 10th grade a boy asked a girl out.
She politely declines.
He calls her a b//ch,w//re and etc.
In 10th grade, she went through a

decline of happines and the increase
of the sadness because home is harsh.
She picks up her mother after school,
no, not at the program.

She picks her mother up and puts her
on the sofa, puts a blanket on her and
throws the empty of whiskey into the
recycling bin. Tonight, she'll be

spending her end of the day cooking,
and cleaning. Doing homework til 3 AM.
Come to school with a smile because in
10 grade when a girl smiles and no one

so when she left you,
did you feel hurt?
i only ask this because,
that's how you left me.

in a world of everything broken.

when you broke my heart,
you broke out an entire wild
-fire throughout my heart to
my lungs, i can still feel the

saw us as a relationship goal but
you told me i was a goal of a girlfriend
but i was already yours and you were
afraid of losing me when you had me.

do you ever remember the day we had
met? you told me i was beautiful as the
moon and eyes twinkle in my eyes. i
know it would be a cliche to say this but..

i remember the day you left rather than
the day we met, the sun refused to shine.
but i knew when i met you my vocal chords
shook like guitar strings after it has been played.

you played my heart and so now i don't see
any boy in the eye because i am afraid i
would fall in love with their eyes just like you.
why were you so afraid of losing me?

i was never yours and that you were never,
even mine in the first place at all.

you are the love that came
without warning; you had
my heart before I could say no.
i fell in love with the wrong type
of love where i believed i could
not live without you in this world.

i spent nights crying over you,
my birthday was spent stressfully
i thought you did not love me like
i did because there was a girl who
could have been far more prettier
who took your heart after you told

me you loved me so much you cou
-ld die, why did it seem so real?
why did the nights talking to you
felt the best i ever felt in years?
why did i believe i needed you to
live as who i am now?

you are the love that came
without warning; you had
my heart before I could say no.
i fell in love with the wrong type
of love where i believed i could
not live without you in this world.

i spent nights crying over you,
my birthday was spent stressfully
i thought you did not love me like
i did because there was a girl who
could have been far more prettier
who took your heart after you told

me you loved me so much you cou
-ld die, why did it seem so real?
why did the nights talking to you
felt the best i ever felt in years?
why did i believe i needed you to
live as who i am now?

there stands a girl and a boy,
at the roof top screaming at
the top of their lungs, hoping
that someone would notice.

notice their pain swept under
the rug of their cuts and dirt
in their finger tips, there lies
the nightly scent in their shirts

tears can be only seen when the
street lights hovers their heads.
maybe they both know each other
too much to the point that they
know they can never love each other.

no one loves broken things, but
inside they love each other so
tonight they scream at the top of
their lungs of the pain locked inside.

because to them, no one can love
with a broken heart can they?

[sorry for not updating as much! i just started high school and gotten obsessed with k-pop band: BTS]