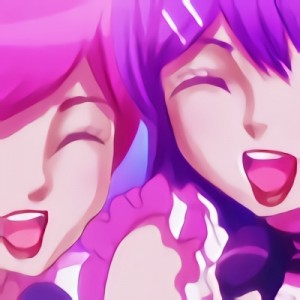 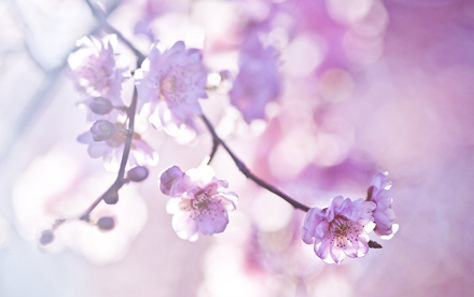 Drabble #79 – its skin of gristle (this isolate)

It’s a strange kind of reverence that comes with downing the night’s heartbreaks in the eve of winter. The air cold and dry, I watch you pack your luggage as I unzip mine. Bite my lip, act like the silence isn’t choking me. Your suitcase with the broken wheel drags by your side, like a dead body, heavy with memories and life lost. I toss in a piece of my heart just before the click of the lock. Do you know what it’s like, feeling like an echo? You were always the type who had a lot to say and no one ever knew what was going to come out of your mouth next. Today, you didn’t say a word, and I’m astonished by how thoroughly we have broken each other.

I know what it’s like to come home to everything being scattered and smashed, floor dirty with the heavy, invasive tread of strangers. It’s like the inside of my own head. The man who came to see me afterwards mentioned a lot about the pain, the grief, the wanting to blame someone and rage against the unfairness of it all. But what the man hadn’t mentioned was how I suddenly feel like I’m in on the joke. It’s hard to be the comic relief when no one wants to laugh at you anymore. And, god, isn’t that some game-changing irony. But that conversation’s already spoken for. It’s done, even if no one wants it to be. They all want to keep bringing it up, want some kind of conclusion, want everything to be okay, if I can just talk it out. But we all want a bunch of things we can’t have, and sometimes being okay isn’t what someone needs. They want a reason, a perpetrator, a motive, and more often than not you don’t get that. You just get a broken home; glass to clean up, furniture to replace, new memories to make.

A soft, welcome laugh, you brush my hand. The shimmery oil rubbed into your skin glints in the light, catches the spot where you touched me. The grasshoppers are a low, distinct hum that fills the empty spaces lulling between topics. Before I know it, you are standing to refill a glass I hadn’t noticed I was drinking. I keep losing pockets of time. You brush my hand, seated again, and more fractures of light catch my eye where your fingers are peeking from the folds of your sleeve. Eyes like gems look back at me, speckled with laughter and glowing in the mid-summer heat. My breath stutters to a halt.

Drabble #55 – I'mma give you chills harmonizing to Otis, Isley, Marvin.

I am stopping to smell the flowers today and you are only ever kissed by men with shadowed eyes. We do not go to the market on cloudless days; the citrus is cheaper when it rains. I count coins, you count street corners, and we wonder how we managed to get here. I believe we are both slowly growing roots, despite the fact that nothing, not even our clothes, has ever fit us quite right. As always, we won’t leave until we have to, until you fall too quickly and scare yourself out of the memories you’ve made. It never fails to amaze me how recklessly naïve you live yet how astoundingly shy you become when faced with commitment. But that’s okay, I do not question you. Today we are getting ice cream on the pier and I know that, for now, this is enough.

Drabble #63 – our lips, darling, they're so disarming

There are times when you look at me like my body is unlike your own, like I hold secrets in my chest that you want to discover, like the color of my eyes is entirely new to you, like my hands and my arms and my waist are all a thing of beauty and should be worshipped and studied and appreciated. When you do, my stomach makes knots and I feel almost ill with it, like I’ve handed you my insides and asked you to take care of them. You keep taking my promises, cradling them to your chest, and I never see them again. You smile, too many teeth, all of them sharp, and I am not afraid. It should hurt, probably. But maybe I’m immune.

*escribo*
love
She tells me to pretend she’s not there, to just talk. She says I can do that, I’m good at talking. I don’t want to talk to her. She says that’s okay, she knows. That’s why she wants me to pretend she isn’t there. If I don’t want her to help, the least she can do is listen. There’s a point she trying to get to, something she’s trying to get me to say, but I’m good at talking and talking and talking before the person I’m talking to realizes that I haven’t really said anything at all. Going unnoticed. I ignore her questions. She can tell. She notices. I ask if she can keep a secret, and she’s says yes, of course, that’s her whole job. But she’s lying, there are lots of situations that permit her to not actually keep a secret. I tell her this, that if I said I wanted to harm myself she would be well within her rights to repeat it to my parents. She sits back, as though I surprised her, asks if I want to harm myself, but I know better. I say that she can’t tell anyone, not a soul, that’s what keeping a secret entails. She asks about my friends, and not even them. Especially not them. I say that she thinks I don’t care about them. She says I don’t trust them, and that’s not the same thing. She’s right, it absolutely isn’t. I look out the window at the sky. It’s one of those weird mornings where you can still sort of see the moon. I comment on it. She thanks me, and leaves. She thinks about negative space in art. It reminds her of me, and how I only ever fill myself with what people want to see. It’s easy to forget about the negative space, and miss seeing the whole picture entirely. She wonders what angle she isn’t getting, what facet of the story isn’t visible to her. She wonders about all of the secrets I’m not telling, if she’s looking in the wrong places for them, and she supposes that would make as much sense as anything.
4 0

*escribo*
poem
You’re sitting on that ugly plaid blanket your mother loaned you several winters ago, staring at the sky because we don’t have to time to appreciate it much anymore. I want to ask you questions, like why you say your father never lies, or how old you were when you started wearing glasses. I want to know everything. I want you to ask me questions, like why I don’t go back home on breaks, or where the scar on my cheekbone came from. I want you to know everything. There’s a confession or two cuffed in the space between us, like skipped rocks in the dead silent lake stretching from me to you, breaking and sinking into a dark place I’m tempted to venture.\

Your father’s dead, and you’ve always worn glasses that weren’t quite the right prescription. You like the slight blur, the vague fluff surrounding everything hard and straight-edged. I’m not sure there’s a home waiting for me anywhere, and when I was 10 a kid jammed a stick into my moving bike tire and sent me careening over the handle bars. I having stopped falling and crashing head-first since, but maybe you already knew that. Maybe you’d already read the silence between us. Maybe you were eons ahead of me this whole time.

I could sweep your hair behind your ear, and ask what you worried about as a kid, but that’s not important now, is it? I’m starting to understand why we don’t ask questions anymore, now that we have far bigger things to worry about than if the stars are going to be out that night or if we could eat our popsicles faster than they could melt down our fingers. I’ve got a torch to light the skies between us, been holding it this entire time, but when was the last time you needed my help to see in the dark? Maybe you never needed it, and maybe you just kept me around for the company, but I can’t bring myself to leave. Can’t bring myself to sit out here on this hill alone, watching distant torches light the sky and wondering about secrets I never knew.
12 0


And one day, I will lie over on my side, rest my head over your heart, let you embrace the soft horizon of my shoulders, and listen to the sound of rain fall between your ribs. One day, I will grow into the eaves that hollow your sides, worship the wrinkles on your palms when they skitter across my skin, and memorize the spread and lengths of your storms. One day, I will be so in love with you I won’t be able to understand how I can still breathe around the fullness in my own chest. But for now, I am just learning what sunlight does to your eyes when given the opportunity to disintegrate the woes that plague them. For now, I am just becoming accustomed to the bend and break of your laugh when you aren’t filtering what you allow yourself to feel. For now, I am only beginning to taste the heady, melted feeling that comes when I make you smile. For now, I can only accept what you are willing to trust with me, and one day I will tell you that it will always be enough.
9 0