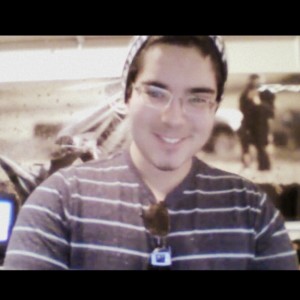 StayGoldPonyboy*
movies
Please don't cry one tear for me I'm not afraid Of what I have to say This is my one and only voice So listen close, It's only for today
4 0

THE families and loved ones and friends of young people who commit suicide suffer an agony almost beyond imagination and certainly beyond words.

I have been buffeted by it a number of times. Decades ago, a beautiful and gentle young man who had been my best friend in those raw and raucous early teen years killed himself. Precocious experimentation with drugs had induced psychosis. I thought about him every day for many years.

Some 18 months ago, I carried the coffin of the 14-year-old son of a dear friend of mine. The crushing pain and heartbreak that family and too many others endure is a truly terrible and terrifying thing to behold. In recent days I was touched by such tragedy again.

We need to talk about suicide with our young people. For too long it was taboo, in part because of the misguided fear that any mention of it might prompt dangerous thoughts. There is a growing understanding that careful and appropriate discussion about it is an important duty. We must help our young people develop resilience; our responsibility to nurture resilience is as crucial as providing them with an academic education. Existence is a mysterious and wonderful thing. It can be loaded with joy and serendipity, with meaning and magic, but it also comes with the certainty of adversity and pain.

We can and must help prevent suicide; we can reduce the number of young people taking this terrible, irrevocable step, one they do not fully comprehend and one often taken in the fog of mental health issues.

Mental health disorders have a key role in suicide, which is the leading cause of death for people aged 15-24. The mongrel truth is that in an average year 12 classroom, one person has attempted suicide.

As many as one in four young people experience mental health issues such as depression, eating disorders and anxiety, as well as the less-common illnesses of psychosis and bipolar disorder. Drugs and alcohol often fuel the problems, and are sometimes used to self-medicate them.

Talking appropriately about suicide does not glorify it. It means explaining that young people have many options - and suicide is not one of them. There is a growing array of resources; one of the greatest things about the web is the information immediately available to people in need. A site that can help young people confront many of the issues they face is reachout.com, which guarantees anonymity should the young person feel inhibited.

Another fundamental resource for troubled young people is other young people. They can, if we give them the knowledge, lead their friends towards help.

A dilemma many face is wondering whether to break a confidence given in time of distress or suffering. We need to empower our young people with the knowledge that it is far better to see their friend happy and healthy and doing well than to keep such confidences.

There is some world-leading research being co-ordinated by a $100 million organisation of which I am a board member. The Young and Well Cooperative Research Centre (youngandwellcrc.org.au), led by a gifted psychologist, Associate Professor Jane Burns, brings together more than 70 partner organisations.

One of Burns' core principles is that young people must be at the centre of everything the CRC does, and she has assembled an inspiring, Australia-wide youth brains trust.

One of the Young and Well CRC's missions is to reduce the number of young people ending their own lives. Burns stresses the importance of promoting better mental health for young people. That means getting help earlier. It means understanding that things do get better. It means information about the threats drugs and alcohol pose to teenage brains. Many people do indeed want to experiment with substances, and humanity has a history of seeking altered states, but we must help young people understand that these are adult decisions.

Former Australian of the Year Pat McGorry, one of the most highly regarded youth mental health experts and one of Burns' mentors, is one of many who have demonstrated the dreadful risks, for example, young people take by experimenting with cannabis.

It is heartening to observe, anecdotally, that an increasing number of young people have the view that such experimentation is far from hip; they are looking out for each other and consider that those who are getting stoned at school age are being foolish, not rebellious.

StayGoldPonyboy*
suicide
My fingers are burning.
3 0

StayGoldPonyboy*
work
It's the space in between where I keep getting caught.
2 2