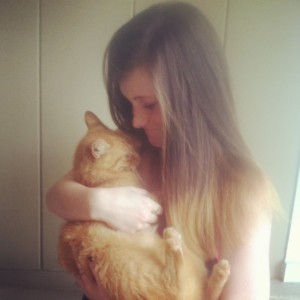 
heey.
I'm moll! I <<sometimes>> write stories on here mostly about love because I'm a hopeless romantic♥. I like writing poems though, a lot. Most of my poems are about my life, things other people wouldn't or don't go through so I don't expect a lot of likes on them. I have many other wittys too, but I don't use them that much. I love a boy, who doesn't? He's really sweet and caring but I don't think he loves me back actually I know he doesn't love me back that way... Those aren't the biggest problems in the world though, so I try not to stress it too much. I miss someone, a lot actually. He was perfect but I'm not sure if he still is because we don't talk anymore and he hates me. I hate someone, also though. She ruined my life. Best friends forever...what happened to that? But what I'm trying to say is this- We don't get to do this twice. This day, right here right now, its right here and its right now. There are no re-runs. You may love, you may miss, and you may hate, but please all I'm asking is for you to live♥

Hey! That's good:')&good thankyou:*
Any plans for the weekend?:3
reply

Hey there^.^
You're so pretty&you seem awesome^.^
I'm normally at the fridge too;)
How are you?<3

That's great too hear^.^
&can you comment on my profile?ots easier DXD
x&i, amazing thanks!!
How was your day?

HEY! long time no see! Follow back? We should hangout sometime soon?!!
reply

If you are getting bullied, please tell me your story.
When nobody is there, I will be.
I love you.
You are beautiful.
No matter what has happened in the past, you are perfect to me and I will always help you.
Please stay strong.
<3

Hey there c: ! okay so on youtube there's this voting thing so sam pepper can

me out on voting !!! all you have to do is go to this link and your done. It'll

only take 5 seconds of your time . Thanks hun :) bye have a nice day
p.s i really want to meet him :)) hes my rolemodel so your support would
mean everything to me

Hey there c: ! okay so on youtube there's this voting thing so sam pepper can

me out on voting !!! all you have to do is go to this link and your done. It'll

only take 5 seconds of your time . Thanks hun :) bye have a nice day
p.s i really want to meet him :)) hes my rolemodel so your support would
mean everything to me

sorry i was a little late to reply about the mall, woop.
reply

I have been crying since I got home. & it sucks. I know how you feel now. Headache, tears, dry face, red eyes. Uh.
reply

you're finee:) haha! ugh I think Cam is starting to not like me.. :/ It's almost like she'll just talk to me when she needs to talk about luke or something, I don't know. It seems like she doesn't like mee :/
reply

of course she likes you molly, of course!!!!!!! eah, but i get that a lot, its like me and sami. but we only really talk in school but outside thats the only time she talks to me, for help. you and cam are bestfriends, dont worry. i mean, if you really wanna know, ask cam. ask her , dude are we still bestfriends? she wouldnt suspect a thing, i promisee:)
reply

molllllllly. did ya get my text the other daaaay?!
reply

all of them. about that person that I was telling you about :)
reply

Did I send you a picture? :)
reply

no!!! i wanna see this dude tho!
reply

hehe okay! I'll text it to you. shhh there's SOMEBODY (figure out who) that doesn't know
reply

you are so pretty.
reply

awh I just saw this! thank you so much!:)
reply

Hey, you're welcome :3 the song my boyfriend sang while crushing on me, so thats like amazing. My quotes come from my mind, so thank i dunno no need to thank me for anything <3 Thank you for the smile you've given me, i love you <333
reply

awh thanks<3 so many welcomes and thank yous! haha:) I love you too, you're amazing
reply

OKAY, WELL YOU CANT TELL THE GUY YOU KNOW THIS OR THAT I TOLD YOU, I KNOW WHO LIKES YOU!
reply

no, but I just knew he never stopped
reply

he told me he loves you.

look at my ask.fm who are these people? i like the people who say nice things, i just need to find em out, & the hate thats ntohing:)_
reply

WHATCHU UP TO GURL
reply

NOTHING. JUST P/SSED AT MY FAMILY SO IM HIDING IN MY ROOM BUT ITS ALL GOOD CAUSE I HAVE MONEY AND FOOD AND INTERNET
reply

IF THEY TURN OFF YOUR INTERNET YOU CAN COME OVER HERE BC I HAVE INTERNET AND FOOD AND TV AND YEAH :)
reply

mad at me too?
reply

I'm not mad at anyone. It doesn't involve me. But, I'm not exactly on your side with it.
reply

we're talking now, me & rachel. me & her aren't exactly in a fight, she told me that she's not mad at me for those reasons, she just missed the old me.
reply