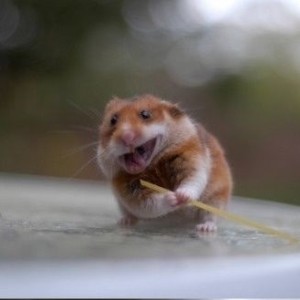 I've made a lot of mistakes

Rachel was not one of them
4 1

That_Irish_Kid
love
why dont you tell me?
Just say what you mean
I'm your best friend

That_Irish_Kid
love
I wish people would just tell me what they think of me
To my face
Give me that much, will you?
8 1

That_Irish_Kid
first
I'm so tired of all the expectations
13 0

That_Irish_Kid
life
Being happy because, people still read your qutoes.
Even though:
My profile is boring
I have not interesting formats
I keep forgetting to make my text colour black rather then default.

Darn, I didn't think I'd get sucked in

Oh well, off to brainstorm some new quotes!
5 0

That_Irish_Kid
fail
has anyone else, gone through that thing?

That thing where you're trying to put deoderant on, and you accidentally spray it into your eyes.

That_Irish_Kid
dumb
Do you ever wish people actually took you seriously?
Yeah, me too.
10 0

That_Irish_Kid
life
This goes out the all the Irish people out there.


Dear IRA,
Both my Great-grandfathers fought for a great cause, a cause that would liberate Ireland and its people. Not from tyranny, but so that we would be able to have our own country back. Did they have to kill? No. They killed because they were attacked. Not because they wanted to, because they had to.

One of my Great-grandfathers was killed in the mill, the other, was only sixteen. He faked his age so he could join. He fought alongside Paudric Pierce in the GPO. He was lucky enough to make it out with his life. He wore his veterans medal with pride, knowing that, he did the right thing.

But if my Great-grandfather's were alive today, they would look down on what you have become. The IRA was a symbol of freedom, and eventuall, peace. But what has it become. You kill your own people, and for what? You're not getting anywhere.

How are you supposed to liberate the people you kill? You can't. The world has stepped past you, because they can no longer respect you, for what you have done since 1922.

Make the Men who died for what they believed in, proud. By not killing your fellow man. Sure, we all want our country back, but blowing up buildings won't get you the attention you want.