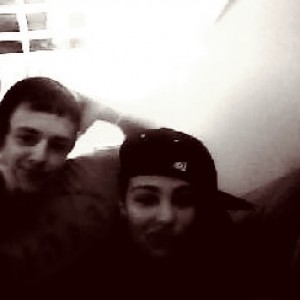 Hi!
ask.fm/GiaQM
• Gia • Soccer • Green • 14 • Tom
I have an obsession with infinity. "Life Goes On." Pizza is great, but running is necessary. If only I were motivated enough to actually move. Scary movies terrify me but I'll watch them anytime. I love cuddling and blankets and juice boxes and pillows and teddy bears. Ice cream is the key to every broken heart. Eyes say everything, and are the best feature on everyone. Hugs make the world go 'round. The Pretty Reckless is amazing, and Mayday Parade, too. I try to act like a bada/s who rocks at everything, fake confidence I suppose, but we all know I'm not very good at anything except being a nerd, and even there I failed this year. Taken ♥


(the links open in a new tab)

Has anyone run a bottle drive recently? For my tech crew at school, we're looking into it for money. We're a self-funded crew, and we rely on fundraising and grants to run everything. We were ranked 2nd best crew in the nation last year, and hoping to hit first, but without the funds to keep up we can't. Even if your drive wasn't successful, can you share your outcomes and if possible profits? I need numbers to pitch it to my advisor. Thank you!
4 0

TheHalfbacksGirl
school
So I never really come on anymore... Ever... I'm thinking maybe it's time to say goodbye to Witty, to move on and live my life... I always come on and read quotes but it's repetative lately, I can't find anything I really relate too, but I just feel like I need to stop broadcasting my problems... So maybe this is temporary, but maybe not.. Goodbye to the people I really bonded with on here, 2 imparticlar are doublesidedice and daniigee. I realized now that, looking back on, Witty was the reason I got bad.. I never would have even thought of cutting myself if I didn't see other people doing it, and I had no clue what bulimia was until Witty.. I'm not blaming Witty, I'm just saying that maybe I'm better off without.. Maybe I'll come on and read occassionally, maybe I'll come back and post, but for now, I'm gone. That's not to say I didn't have good times on Witty. It made me smile and laugh, and you all made me feel a little less alone on those lonely nights. I joined about 3 years ago, but I've grown up a bit. I never understood why people left until now. I can't do it anymore, I can't keep up with it. I'm ready to move on and have that thing called a social life, to get off the computer and see the world....even if I am only 15 ;) So, with that being said... Goodbye, Witty. I'll miss you.
5 1

TheHalfbacksGirl
song
I think the best thing in life is when someone tells you they're so proud of you, of what you did. They're so proud. That's all I want to hear in my life, that people are proud of me. That I'm recognized, appreciated. Little things that no one says. I'm proud of you. I appreciate you. You're pretty, you're cute. Adorable. Those small comments that no one says make my life. I live to hear them, and even if that's vain, it's me.
13 0

TheHalfbacksGirl
cute
She's got soccer. She's the superstar. She saves the team and runs the field. He has basketball. He's the MVP. He leads the team to victory. He's got football. He's one of the youngest yet plays the most. Need I say more? She's in the play. Lead roll. Voice of an angel. Face to match. They play instruments. Music comes naturally to them. It's a gift. She runs. All. The. Time. A 6 minute mile is slow in her eyes. She gets 100's. Without any effort. It just happens. They have their friends. Her friend's play soccer. His friend's play basketball. His friend's play football. Her friends sing. Their friends play the clarinet, trumpet, piano, and drums. Her friends keep her pace. Her friends are genius's. Everyone's got their group. Me? I'm a techie. Yep. A techie. Sooner or later I'll live in that auditorium. Leaving it would be a vacation. A trip. I'll know how many extra fuses we keep on hand, and have lamp inventory in my binder. I won't need my ID, security will know I'm a crazy from down the hall. And you can laugh all you want, tech crew's cool, tech crew's hard, and tech crew's family. We share a passion, just like you guys. So it's not as physically demanding as tackling someone so your team can run the ball all the way to the endzone, so what? You move $1,200 lights around that weigh half your weight. So, you think it doesn't take my academic strength, we're not graded or anything, right? Wrong. You memorize the maker and model of every light in that auditorium, which fuse they use, what their DMX address is, what gobos they have, and where all their cords are. On top of maintaining those 100's of yours. We're behind the scenes, making that show you take for granted months in advance, perfecting every last tidbit. From the volume of the snares to the angle of the lights to the milliseconds of a set change to the exact fade of the video feeds. We're techies. The best part?   Tech crew: we do it in the dark.
5 0

TheHalfbacksGirl
depression
I know you said we'll be okay, but the more I know, the more I fear. I wish it was left at thyroid problems, and nothing more. I shouldn't be worried, right? It's nothing, right? Just a paranoid feeling, right? And even if it's not, 97% of the time everything works out... The 3% won't win, right? So what if it's common, iit'll be okay, right? Tell me it'll be okay. But even then I won't believe it....I know you said we'll be okay, but what if we aren't?
6 0

TheHalfbacksGirl
vent
I love it when your friends are all obsessing about some kid you literally just sit there and smile because you don't understand the fixation like stop he's an annoying lil shxt, you all know he's a dxmn player and, for some unfathomable reason, out of your league. He ain't even cute!
5 0

TheHalfbacksGirl
friends
November 28th..Fall Out Boy..New York City..Macy's Thanksgiving Day Parade..Someone take me there..we can camp out for days to see Fall Out Boy and I'll bring snacks and movies and yeah it'll be fun ^u^
8 8

TheHalfbacksGirl
falloutboy
In the words of HalaaChick, "my biggest fear is one day, you'll see me the way I see myself," to put it simply
11 0