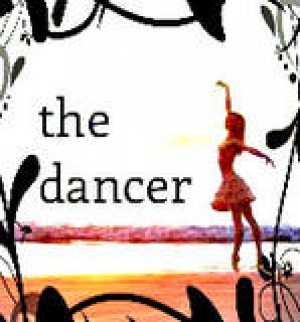 ello and welcom to my profile! I'll tell ya' a little about me:

Tomorrow
is
another
day.
4 0

Hey guys! I need some help. So my Fathers dad has assaulted 2 boys and a girl like 5 years ago. We weren't allowed to see him. We are now, but I don't know if I'm ready or comfortable. I've known him for so long, but I just don't even know.. What should I do?
nmf

The next day I woke up crying. I had a dream about me dying. (Overdose of pills.) I guess it finally hit me. The little tears quickly turned into huge sobs. My pillow was wet.
“Good.. morning?” Said Jenny as she walked out of the bathroom. “What’s wrong?” She asked sitting beside me.
“I don’t know! I- I just realized EVERYTHING I did wrong!” I almost shouted. “I can’t!” I buried my head back into my pillow and cried even more. There was a knock on the door. “JENNY! Get the door.” I didn’t mean to shout. She opened the door and left. I turned back over with my face one my pillow again. I heard someone walking over. Then, I felt someone touch my shoulder.
“Ally? Are you alright?” It was Luke.
“No.” I said as my face went further in my pillow.
“What’s wrong?” He asked while putting his guitar down. He sat on my bed next to me.
“I think everything is just sinking in and hitting me now. I mean I knew that—“
“Hun, I can’t understand what you’re saying with your face smashed in that pillow.” He laughed.
“I don’t want you to see me like this!”
“Babe, You are still beautiful! I still love you.”
“O-Okay.” I sat up and looked down still crying.
“Now what’s wrong again?”
“I j-just guess that everything just hit me. I’m realizing what I’ve done. I messed up a year of my life! The drugs.. It’s so hard to  get rid of them. That’s what an addict is. We get.. Addicted! I don’t know what to do.”
“Oh, don’t worry. You’re getting help here.” Luke said.
“I’m just overwhelmed. Why do you even love me?” I asked crying even more.
“I love you because you’re just.. you! Well at first, I didn’t know you did drugs. We love the same type of music so that’s how we clicked instantly. You’re a really funny person. You always keep everyone laughing. You have a great smile! You still do! But when I found out that you did drugs, of course I was hurt. But I was still in love with your personality. Now knowing that you’re gonna get better, also helps!”  I was speechless. Even though I am only 17, I know that this is the perfect guy for me.
I got changed into a shirt with the band “Kiss” on it, red pants, blue converse, a silver bracelet with guitars on it, and black earrings. I got out and sat on my bed. Luke was on the other one.

“Now what?” I asked.
“I don’t know, but I’ll be right back.” He said while he went into the bathroom.
I just sat on my bed, finally relaxed. Then I heard a knock on the door.

Who's at the door??
I'm so sorry that I haven't put this up in a while! I was re- writing the chapter and making a bunch of changes!
+ I was really busy. :/

*10 minuets later, I forgot what I wanted to tell her*

Tinydancer815
funny
This quote does not exist.

IF EACH DAY IS A GIFT,

Where can I return Mondays?

Hey! I doubt you'll read this, but does anyone know a good website where I can get backrounds for my profile? :)

The next day I woke up in a strange place. It was like a Hotel room. There was 2 twin sized beds, a dresser, a bathroom, a mirror, and a T.V. It was very clean and nice.
“Where am I?” I asked confusedly.
“Well I don’t think we’re in Kansas anymore.” Said Jenny. “You’re in rehab, Ally. This place is for all addicts who are teens.”
“What? What happened? All I remember was watching Napoleon Dynamite with Luke.”  I said nervously.
“I’ll let him tell you.” Jenny said as Luke pulled up a chair.
“Okay. Well, you went to the bathroom and I was waiting for you to come back so I could play the movie, but it felt like you were taking forever. I decided to see if you were alright so I knocked on the bathroom door. No answer. I slowly opened the door and found you lying on the floor and some type of drug on the counter that looked like cocaine or something. I was petrified! I decided to call Jenny, since you guys are best friends. She quickly came over and was also shocked. We put you in her car and drove here. I was crying on the way up, while Jenny told me about everything. Our song, Angel by Aerosmith, yes, I remembered it, came on. We arrived about an hour ago, but Dr. Stanford, a doctor here, said that you were alright because he did some test and the pills you were taking were sleeping pills. You were just sleeping. He let you sleep. But hun, I jus-“
I was crying. Sobbing, actually.
“Why are you crying?” Luke asked while he gently kissed my forehead.
“I-I’m sorry! I lied to you! Yes, there is something wrong! I do drugs! But you don’t know why!” I shouted sobbing some more.
“You said you were bullie-“
“No! I wasn’t!” I said cutting Jenny off. “My father… He was abusive! I have a lot of scars! One night last year he almost killed my mom. I called the police! They came just in time. I saved my mom’s life. You don’t even want to know what he was like when my mom was at work, trying to support us! He was drunk. Always sleeping on the couch. When he woke up, he either had me get him a beer, or any type of drug! I didn’t even know what most of them were half of the time! When I saved my mom, that was the last time I ever saw my dad. He left one thing in my house though… The pills.” I was crying too much now They know my secrets now.
Jenny came and hugged me. “I’m so sorry!” She said trying to hold back tears.
“It’s okay! I am too! Luke. I love you! I always will. I’m sorry for lying. I just didn’t know if you would still love me the way I love you.” I said kissing him. “Does any of you know where my mom is?” I asked.
“Yeah. She’s at the hospital across town, your cousin had to get stiches, and his mom can’t stay with him so your mom is. She’ll be here tomorrow..” Jenny replied.
“Oh. Then what’s that?” I asked pointing to three duffle bags on the floor.
“Oh well one bag has my stuff in it and the other has Luke’s, and the third has your stuff. You’re staying here until you’re better.. On Tuesdays, Thursdays, and Saturdays I’ll be here with you. Luke will be with you on Mondays, Wednesdays, and Sundays.”
“Oh! Cool! SO I’m alone on Fridays?” I said jokingly.
“Yeah.. We’ll get tired of you.” Said Jenny. “I’m just joking.  On Fridays You’ll talk to Dr. Gibson and there will be activities for the teens to do.”
“Oh.. Cool!” I said.
“Well it’s kinda late.” Said Luke. “I’ll get going. Bye, Ally.” He said kissing my hand. “Bye Jenny.” He said while walking out.
“Hey! I’m gonna get changed. Then I’m going to bed. It’s almost 1:30 AM! Goodnight!” Jenny said.
“Goodnight.” I said as I got comfortable.

Whoa! Yup! Ally’s in rehab. She’s there to get help! She has 2 “roommates” to keep her company, but will the help keep her sane? I just wanna say that you readers are awesome!

Well, I did let it bother me. When I got home I jumped in bed. I was so upset… I can’t choose either! Jenny or the drugs? I was still upset about my argument with Jenny, I just didn’t think I wanted to talk. Then I heard my phone vibrate. It was a text from Luke:
Hey, babe! Can you come over? I know you said that something popped up, but uh, I just wanted to see you. Text me back. :)
I got my phone and told him that I’d be there. He said that he would come pick me up. I decided to put on my dark skinny jeans with splashes of bleach, a pair of black and white converse, an Aerosmith tee, and Yellow hoop earrings. I kept my hair the way it was because there’s really nothing to do with it. I waited 15 minutes thinking about Jenny or the pills, but then I heard a car beep.
“Bye, mom!” I shouted as I walked out the door. I ran to Luke’s car, and hopped in. We greeted each other with a kiss.
“Hey!” I said putting on my seatbelt.
“Hey! Is everything okay?” He asked pulling out of my driveway.
“Yeah! Of course! I’m so happy that you still wanted to see me. That’s really sweet of you!”
“Yeah.. Well I always want to see you! After all, I love you.” Luke said with a cute smirk on his face.
“I love you too!”
“Okay, well thank you for coming over.”
“Yup!” I said as we pulled in his driveway. We walked out of the car and into his house.
“Well, my parents are at my cousins house, but they live in a different state, so they’ll be out of town for a while. Since they aren’t here we can…” He was gonna finish and had a dirty look on his face. We weren’t going to rush things in our relationship.
“Watch a movie in the living room!” He finished while putting popcorn in the microwave.
Oh, thank God! I thought to myself. “Okay! Cool.”
“Well, I have a pile of movies. We can look through these.” He said while putting a pile of about 10 movies on the table.
“Oh I don’t know! You pick!” I said.
“Here! Napoleon Dynamite!” He said. “Lemme get the popcorn.
“Okay..” I hate that movie but whatever.. “I’ll be right back!” I said. I ran to the bathroom to do my annual routine with the pills. First half, one! Second half, done! It was easier to overdose this way, and that’s exactly what I did. His sink was kinda low, so I had to band a little. I got up an felt dizzy. I went to take another step and collapsed.