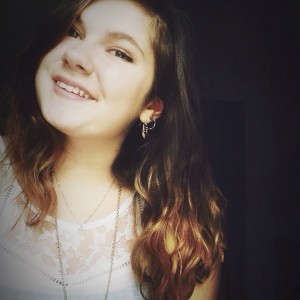 
"All I am after all, is a life full of laughter."
My name is Tristyn and I'm addicted to television.

TellitTotheFrogs*
inspirational
Format made by Sleepy. Please, ONLY use this as a quote on witty. Do not use for your profiles, do not use to make your own tumblr themes, do not use on any other site. Please leave credit in the coding and do not remove any current credit.
ten more truths
11. This summer I intend on loosing 30lbs and i've already lost three in two weeks
12. mike & ikes are my favorite candy other than chocolate.... poprocks are a close second
13. i met some of Twd cast... and it was... amazing
14. ebay/amazon are a secret addiction of mine.
15. my ps3 is an addiction... my favorite game so far has been 'the last of us'
16. my biological father got in a really bad wreck recently. His injuries are bad and long term... and to be honest idk how to feel about it.
17. i have commitment issues... while at the same time the ones i love leaving me, is one of the scariest things for me.
18. i have a thing for heels
19. i have nearly 20 build-a-bears... don't judge me.
20. i feel like most of the time i don't amount to my friends.
3 0

TellitTotheFrogs*
surveys
Format made by Sleepy. Please, ONLY use this as a quote on witty. Do not use for your profiles, do not use to make your own tumblr themes, do not use on any other site. Please leave credit in the coding and do not remove any current credit.
• bold or italicize what applies to you.
APPEARANCE:
I am shorter than 5'4".
I have many scars.
I tan easily.
I wish my hair was a different color.
I have friends who have never seen my natural hair color.
I have a tattoo.
I wear glasses sometimes.
I would probably get plastic surgery if it were 100 percent safe, free of cost, and scar-free.
I've been told I'm attractive by a complete stranger.
I have more than 1 piercing.
I have piercings in places besides my ears.
I have freckles.

FAMILY:
I've sworn at my parents.
I've run away from home.
I've been kicked out of the house.
My actual parents are together.
I have a sibling less than one year old.
I want to have kids someday.
I want to adopt someday.

SCHOOL/WORK:
I'm in school.
I have a job.
I've fallen asleep at work/school.
I almost always do my homework.
I've missed a week or more of school.
I failed more than 1 class last year.
I've stolen something from my school.

EMBARRASSMENT:
I've fallen in public.
I've slipped out a "lol" in a spoken conversation.
Disney movies still make me cry.
I've snorted while laughing.
I've laughed so hard I've cried.
I've glued my hand to something.
I've laughed till some kind of beverage came out of my nose.

HEALTH:
I was born with a disease/impairment.
I've broken a bone.
I've had my tonsils removed.
I've sat in a doctors office with a friend.
I've had my wisdom teeth removed.
I had a serious surgery.
I've had chicken pox.
I have/had asthma.

EXPERIENCES:
I've gotten lost in my town.
I've seen a shooting star.
I've wished on a shooting star.
I've seen a meteor shower.
I've gone out in public in my pajamas.
I've pushed all the buttons on an elevator.
I've kicked a guy where it hurts.
I've been skydiving.
I've gone skinny dipping.
I've played spin the bottle.
I've drank a whole gallon of milk in one hour.
I've crashed a car.
I've been skiing.
I've been in a play.
I've met someone in person from the internet.
I've caught a snowflake on my tongue.
I've sat on a roof top.
I've played a prank on someone.
I've rode in a taxi.
I've eaten Sushi.
I've been snowboarding.

BAD TIMES:
I've consumed alcohol.
I regularly drink.
I have been diagnosed with clinical depression.
I shut others out when I'm depressed.
I take anti-depressants.
I've slept an entire day, when I didn't need it.
I've hurt myself on purpose.
I've went to bed crying.
1 13


“And in the end. We can blame the stars or tell ourselves it wasn't meant to be, that it wasn't destined to happened but deep down we know that the stars were not at fault and it wasn't 'meant to be.' The fault was in ourselves.  ”
10 0

TellitTotheFrogs*
sad
Format made by Sleepy. Please, ONLY use this as a quote on witty. Do not use for your profiles, do not use to make your own tumblr themes, do not use on any other site. Please leave credit in the coding and do not remove any current credit.
ten truths
1. i want to be a criminal profiler, or anything that deals with criminals and forensics at the moment.
2. i cannot get enough of the neighbourhood.
3. i have a very, very, very poor sense of judgement.
4. i can probably tell you about every episode of the walking dead in detail.
5. i only chew sweetmint gum by orbit... don't ask why.
6. I feel like i haven't been as close with some of my bestfriends here lately and it kills me because i still do truly love them. even if they think i don't.
7. the hardest i ever cried was when my cat died. and i couldn't sleep in my room for three days because she died in my bed. she was literally the sweetest and loving cat that's ever exsisited.
8. i'm religious.
9. i've never gone to school not wearing makeup or jeans/dressed nicely in three years.
10. relationships are one of the hardest things for me.
6 0

TellitTotheFrogs*
truths
"You are the sum total of everything you've ever seen, heard, eaten, smelled, been told, forgot - it's all there. everything influences each of us, and because of that i try to make sure my experiences are positive." - maya angelou --- may you rest in peace
KCLOVE5 FORMAT
3 0

TellitTotheFrogs*
inspirational
Format by destabilise.
“I am trying to see things in perspective. My dog wants a bite of my peanut butter chocolate bagel. I know she cannot have this, because chocolate makes dogs very sick. My dog does not understand this. She pouts and wraps herself around my leg like a scarf and purrs and tries to convince me to give her a tiny bit. When I do not give in she eventually gives up and lays in the corner, under the piano, drooping and sad. I hope the universe has my best interest in mind like I have my dog's. When I want something with my whole being, and the universe withholds it from me, I hope the universe thinks to itself: "Silly girl. She thinks this is what she wants, but she does not understand how it will hurt."

-THEORIES ABOUT THE UNIVERSE by. Blythe Baird
6 0