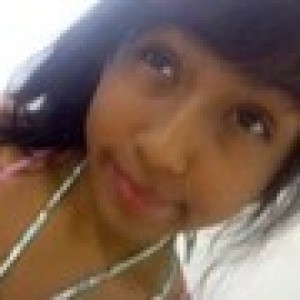 
follow block report
layout credit: Random request
You're my object of affecion
my drug of choice, my sick obsession ♥

My name is Catherine.ilive in texas.i have one older sister and brother.im salvadorian.


about my friends that i adore: sal is like my big bro.ILOVEHIM.hes funny,protective,and caring. Tigger is my bff.ILOVEHER shes the best.shes amazing and beautiful. Eeyore is my best guy friend.ILOVEHIM.i can never stop laughing.he always makes me happy AWESOME PEOPLE IVE TALKED TO ON WITTY!:Henry17SC:hes hilarious and extremely sweet to the point were you just cant automatically like him as a friend !nevergrowup89:shes really cool and its amazing how much she helps shes really a very beautiful,unique girl.
FRESHMAN ilmb xD
/> Don't Click Here!

But we're worth it

You know that we're worth it. ♥

So The other day

My bestfriend's best guy friend told me to die..


What is all of this "One Direction Facts, ect." about? This is WITTY PROFILES. Not One Direction Profiles.
I joined witty last year. I joined for inspiration, for hope that one day, ill find my way back to love again.
I am QUITE mad that Witty has turned to this. I miss all of the top Witters. Mostly because they were inspiration. Witty turned upside down.
I logged in everyday, and saw a 12 on my notifications. Now, i see n o n e. Us, witters, that want to give inspiration are being ignored.
I miss you witty. I MISS the way you gave inspirational messages, the way you made girls feel better, and not insecure. I want to stop this. Please help me get witty back.
I want to make a change. Im a directioner, im not gonna deny that, but its gone too far. Make a new website or something, or lower the "facts" and PLEASE let us give hope to girls who need it.
I know this quote wont be SO popular, but sign below if you are willing to make a change to witty, and let it be the way it was again: inspirational, hopeful, and the witty that had those BEAUTIFUL messages.
I know I want to make a change. Do you?

Luck is like a warm shower...you can have it, but eventually it runs out

XlildreamerX
love
A girl went to a party and she ended up staying longer than she planned, and had to walk home alone. She wasn't afraid because it was a small town, and she lived only a few blocks away. As she walked along under the tall elm trees, Diane asked God to keep her safe from harm and danger. When she reached the alley, which was a short cut to her house, she decided to take it. However, halfway down the alley she noticed a man standing at the end as though he were waiting for her. She became uneasy and began to pray, asking for God's protection. Instantly a comforting feeling of quietness and security wrapped round her, she felt as though someone was walking with her. when she reached the end of the alley, she walked right past the man and arrived home safely. The following day, she read in the newspaper that a young girl had been killed in the same alley just twenty minutes after she had been there. Feeling overwhelmed by this tragedy and the fact that it could have been her, she began to weep. Thanking the Lord for her safety and to help this young woman, she decided to go to the police station. She felt she could recognize the man, so she told them her story. The police asked her if she would be willing to look at a lineup to see if she could identify him. She agreed and immediately pointed out the man she had seen in the alley the night before. When the man was told he had been identified, he immediately broke down and confessed The officer thanked Diane for her bravery and asked if there was anything they could do for her.. She asked if they would ask the man one question. Diane was curious as to why he had not attacked her When the policeman asked him, he answered, Because she wasn't alone. She had two tall men walking on either side of her. Amazingly, whether you believe or not, you're never alone. Did you know that 97% of teenagers will not stand up for God? Re-post this if you truly believe in God PS: God is always there in your heart and loves you no matter what "If you deny me in front of your friends, I shall deny you in front of my Father" STAND UP FOR HIM 51% won't re-post this be the one who's smart whom he protects.
I love my Lord.
1 0

I bet no guy
has the guts to write me a paragraph in my comment box that I will never forget. Girls, pass this on and see who the nicest guy is on Witty. See what guy can actually write a paragraph that will surprise you.♥

And his eyes are the
cutest shade of
nmf myqblue!


you know those quotes

were they're all ''society killed her" well lets think about this, SHE let society kill her. dont think i'm okay with bullying because i sure as hell AM NOT. its just that everyone has different things they go thru, i lost my cousin to drugs and my dad is in prison. my life is not that
that easy. BUT you dont see me here cutting and starving myself, or attempting suicide. i love everyone of you that are doing those things and it must be really hard. but society
didn't purposly kill you, you let it. dont let the world chang your smile,
let your smile change the world<3

just  want to  find my twin

nmf my quote i think