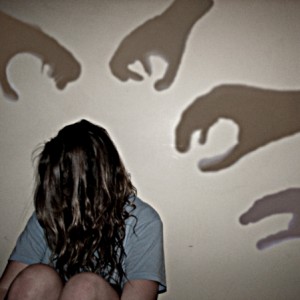 XxMaggieexX
cute
Gone.//
Prolouge
May 5th 2012- I thought it was going to be a normal day... boy was I wrong.
"Katerina!"
My mom screamed up the stairs.
That was my alarm every morning. I looked at my clock 6:35, I jumped from my bed I had to be at the bus stop in 15 minutes. I rushed and looking like a slob I made it to the bus on time. When I got on, I saw my best friend, Autum Hawk, was sitting in our seat with a smile on her face waiting for me. Her hair was perfect not a strand out of place, her makeup looks like it took hours to do.
She greeted me with a loud
"Goodmorning sunshine!"
Don't get me wrong, I love Autum, but her perfection can get to me.
"Morning.."
I said very quietly
"Why weren't you on Facebook last night? I needed to send you a link" She yelled
"Of what?"
" I met a guy, he goes to Easton"
"Don't you have a boyfriend?"
"Yes, but this guy is soo much sweeter, I am meeting up with him tonight, want to come? He's picking me up from school"
" I'll passI have to stay for band practice."
She gave me a dirty look and got up.. we were already at school.
''Hey"
A low voice said behind me
It was Autums boyfriend talking to me. I've had the biggest crush on him since kindergarden.. I couldn't beleive it.. Peter Meyers was talking to me.
As I was about to say something Autum came over came over and took him away.
At lunch I was talking to Autum about the guy she met online.
" Well his name is Oliver Smith, he's completely gorgeous, and such a gentalman."
She rambled on the entire lunch.
"Goodluck" I said as I emptied my tray and left the cafeteria.
During band practice I couldn't foacus, All I could do was think about Autum, I had a horrible feeling in the pit of my stomach that something bad was about to happen.
I was right. I got home to find cops talking to my parents.
" Is everything okay?" I stuttered out almost in tears.
My mom looked me in the eyes and said " Autum, she hasn't come home."
I stood there in shock until officer Hernandez asked me if I knew where she was.
" Some guy she met on Facebook was soposed to pick her up at school then they were going out or something"
Two police men left.
It was eleven at night. I was still in tears, until my phone rang it was my older sister Kassy.
"Hel-"
" Turn on channel six now!" She screamed
I ran and turned it on.
" A body was found in a ditch just off route 46, the body was identified as 14 year old Autum Hawk, freshman at West High. The cause of death is not known. I dropped my phone.
I could hear my heart beat in my head . I sat there with my mouth wide open, then the tears came...1...2....3...4. rolled down my face, until I just broke down sobbing. I just found out, my bestfriend, Autum Lee Hawk.. was murdered.
~~~~~~~~~~~~~~~~~~~~~~~~~~~~~~~~~~~~
Should I keep writing? Leave comments!

Smiling at an old person,

»So they don't think that all teenagers are thugs«

Having one of thoes day where,
You just hate everything, and then simple things, like dropping your pencil make you want to cry.
[ x ] [ x ] [ x ]

you barley know, but already have a little crush on.

Did you ever think,

Victoria's secret could be hidden in the Terms & Conditions...

XxMaggieexX
funny
In every elevator I've been in...
I don't think there was one with music.
21 0