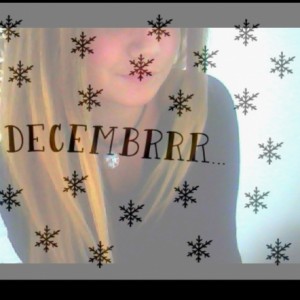 Hi there, beautiful people!! :)This is Paty ,13. I blow out the candles the 18th of april. l Iove ridding horses, my hobby over all. I have don´t have so much friends but yet they are all amazing and I love them all, a lot of people have tried to ruin my life and they messed it all up.

My crush ,I love him he can always make me smile, and make it my day , he makes me smile as much as I can,even though everybody says he loves me I´m to shy to tell him... I love writing stories, but I don´t think they are worth posting .

Well, and this is my story When I was 9 years I was called fat, I stopped eating, I spent like 1 week or barely eating, I got hospitalized and spent there a lot of time, and when I finally got out it didnt go better, it got worst and I got hospitalized again 3 times that year,but then I got better and started eating.It didn´t last much and got hospitalized again.Im now 13 and Im getting worst again. I have skipped meals I actually get to eat just a sandwich a day or less, lately I have lost weigh and I throw up at nights... I cut for the first time 3 days ago, and I cry myself to sleep, I also have an eating disorder.

Thanks to 1 person I´ve stop feeling worthless, ignored, ugly,fat. The most amaziong guy I have known.He has gone through the same he has been bullied and ignored, called weird and strange, now he is one of the most popular boys he is not a player, he doesent have a lot of girls going insane for him, he doesen´t like football... It´s just the way he treats people, he know what we´ve gone through.He calls me beautiful and would hit anyone who called me anything he has already done it.,when a boy hit me, he hit him and said him "Hit her againg and I will beat you up" .


By the way If you have read everything up to here I just simply love you <3
Tumblr : always--here--for--you.tumblr.com


Baby, if it was you and me against
the world you´ll get the car I´ll take
the cash we´ll get the money and run

Love is just an excuse for getting hurt.

they wear headphones  and have a


This quote is for
every single boy who is depressed, who cuts, has an ED , a bipolar disorder ,who has been bullied or abused, and who has thought of suicide.Boys also have these things but yet they also make it through this is for each of those boys,real boys who know how to treat a girl. All those boys who have also been called "ugly" "fa.gg.ot" "freak" and who have felt worthless. For those who would stay up all night trying to save a life persuading them not to do it.

For all of you boys, because boys also feel depressed, misunderstood, ugly, fat and worthless. Because you are awsome, never forget it.

Every single person in witty. Yes you, you have all gone through the worst. But here you are fighting every single day. You feel invisible,worthless and a waste of space but then you go to Witty and you write your feelings. In less than a second you get comments like " you are beautiful, stay strong I care" and "you are not worthless" also long paragraphs, about how they care . People all around the world different cultures,countries,stories,minds all in a site full of the best people. You feel low and just want to die but everyone here will care and would do anything for you. Everyone has struggled a lot and gone through situations not even most of the people understand but here,you manage to get a whole load of people who really care.When you have no faith in anything people in Witty give you a bit of faith in people.
3 0

YoungWildFree8
away messages
This is for the kids who
ask "can we be in a group of four?" when the teacher says "get in groups of three".
12 0

and we don´t believe in