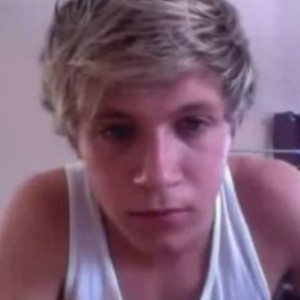 
follow block report
Kylah and I (Irene) are writing a funny 1D fanfic for jokes on this account! Check it out, like
for the next part and tell us what you think about it?? It's meant to be funny so please don't
take offence!! Spread the word!!! Bye guys xx

ZazzyKiwi
story
A 1D Fanfic? (part 4)
*Meant for jokes*
"tia, you have company!! i screamed from the living room. it was some old dude.. maybe her grandpa or sumthing... i don;t no. tia came inside from the bak porch and stopped ded in her traks. "daddy.. whut are yew doing here." asked she with a worried look on her face. "i heard about harold or whoever the hell this guy is being you're boyfriend. i told you i wunted you to get my permison first. this kid is gunna regret makin me mad. i'll cut off his goldielocks and sell them to make wigs and burn all his blazers. teach him to mess with my daughter." he sounded like a hillbilly. it was a tad bit creepy... "dad, you;re not going to do anything. I LOVE HIM!' tia yelled just as haz walked in being his normal cheeky chappy, winking every five second lad. "is that him?" asked he pointing to harold. tia shook her head a tad bit and haz got a scared look on his face. "sir, i was going to ask permission but she said screw it? i'm sorry sir." harry said trying to sound kind of manly but it was failing.. he was scared and he was showing it. "harry, can we have a minute?" tia asked him in a shaky voice. "yeah tia." he said before hugging her. harry then went outside. "you didnt ask before you dated him and everything! i'm going to shoot him and burry him in the backyard!" tia's dad said. "you can't!" tia yelled. "how so?" tias dad asked. "because you live in an apartment building.. you don't have a backyard.. you have a community garden." tia said. "you're right tia... just next time ask me before you go date some guy! i guess i'll be on my way now.. love you hun! BYE HARRY! HAVE FUN YOU TWO!" he said before walking out of the house.. Everyone stood there in shock and was kind of looking at tia. "the he** tia? is your dad physco or some shizz? lousi asked her. "don't have that reaction to my family!" tia said. then she ran upstairs to get hazza. "I thought harry was outside.. should we tell her? zayn whispered to niall. he shook his head no. "HAHAHA!" i screamed for no apparent reason. then tia and harry returned. "her dad is a cup of crazy with a side of insanity!!!' harry said plopping down on the couch next to tia. "just like her..." i asked. "don't sass my girlfriend!!" harry yelled.
"ill sass your girlfriend whenever i wunt too and you can't stop meh!!!"
"PEPPERMINTS!!" louis screamed running into the living room and tripping over air with a bag of peppermints in his hands; they went flying everywhere. there was just something about lou and peppermints that i just loved so much and we just met three days ago.. this relationship is going to last for forever!!!! muwahwahwahahahahaha!!!

A/n** Hope you guys enjoyed reading this as much as we enjoyed writing it! more up soon, 5 likes for the next chapter xx

ZazzyKiwi
story
A 1D Fanfic? (part 3)
*Meant for jokes*
"that was a close one, im glad ur ok irene!" all the godds said. "im gonna go get us some icecream? go to a table." niall said. zayn and liam followed him. we found a bench and sat down. the paint on the bench was peeling and we didnt wanna get dirty do we sat on the boys laps. "so tia.. i know i havent known you for long but i really like you.. im gonna have to ask your dad for permission.. uh feel free to say no. but will you go out with me?" harry asked tia. "im gonna have to ask my dad..." tia said. "oh." harry said. moments later tia said "screw it! i say yess!!" tia said kissing harry. they started making out when louis asked me the same question. "voilet, will you be my girlfriend?." louis said to me. "hell yeah!" i said before making out with him too. After our intense little make-out sesion, Louis just looked at me. "how you doin' SEXUAL?!?!" i screamed and tia shot up in excitement and screamed. "hey love, how are you doing?' lousi asked breaking that awkward silence after tia scraeming and we didn't bother to tell you about it cuz we are damm awesome? 'good, wait no, better than good.. GREAT.. WAIT NO!! AMAZINGGG???" i said smiling like an iodoit. all the boys laughed even though they were no where around us and i knew they were laughing because i'm a damn physkic! he** yes! before i knew it louis and i were sucking face again and it tasted like mints. not just any mints... peppermints. ;) just then my phone started vibrating, i pulled it out of my pocket still sicking face with louis. i pulleded away and seen it was from niall?? it said 'hey.' i replied 'i have a boyfriend so leave me the shizz alone ya creep!' a few seconds later he replied 'i said hi not suck my d*ck!?' i just thru my phone on the couch and went back to kissing louis, it was getting preetttttyyyy damn intense. all of a sudden his phone started to vibrate, he got it out and read it, he sighed and tilted his head back 'who is it;asked i. "some chick named rose... she's WHOREifying....." i couldn't help but laugh at his cuteness, then he got the hiccups. *hiccup* 'sorr- *hiccup*. i thought it was cute and appaerntly so did everyone else, they laughed with us and we all had fun.
A/n** Hope you guys enjoyed reading this as much as we enjoyed writing it! more up soon, 5 likes for the next chapter xx

ZazzyKiwi
story
A 1D Fanfic? (part 2)
*Meant for jokes*
one direction was about to preform at the game; once thay got up on stage and started to sing 'Stand up' the boyz pulled us up on stage and we got to dance with them and stuff. when they were done singing they wanted to take us out. to dinner so they let us ride in they're limo; harry sat down beside tia and louis sat down beside me.harry put his arm.around tia and louis of course put his arm around me..... things were getting...
.
.
.
.
Sexualllll >.<
"WOAH guyz, save it for the hotel room." Niall sed. we all laffed and then ordered food. we waited for our orders to come; harry and louis were SO FUNNY! the food came and we ate it with the boys, i shared a glass of juice with louis romantically ;) <3  he took a sip then i did. after he drank.. the straw tasted like.... like..... peppermint...peppermint turns me on o.O After that we were going to take a romantic walk along the beech. we got there when i saw tia run off with harry trailing behind. soon enough.. she TRIPPED. harry ran to see what was wrong...
*harrys pov**
tia was the most prettiest gurl i had ever scene! we were going to take a walk along the shore but when we got there, tia ran off and fell flat on her face! i ran to see if she was OKAY!! i finally helped her up.
"whats wrong, are u okay." I said.
"yea..i just tripped over a seashell!!" tia responded.
"let me help you up?" i offered. i helped. tia up and then she tried walking. she was limping so i walked over to her and picked her up. i carried her back to the boys and told them what happened.

A/n** Hope you guys enjoyed reading this as much as we enjoyed writing it! more up soon, 5 likes for the next chapter xx


TIA!!!!
today tia was online and she saw on facebook. that there would be a really cool baseball game coming up? we both really wanted to go. tia forgot to get tickets before they where sold out...... bummer; we got tickets anyway tho becuz our neighbours got sick and they had tickets so they gave them away to me and tia? we went shopping and got some really nice clothes. we wore flip flops, shorts and letterman jackets. we walked for an hour to get to the baseball stadium becuz carriage rides and all that good shizz are too mainstream. and when we headed to the very back row we  saw 5 familiar faces. it was ONE DIRECTIOn! we tryed playing it cool and all so we just took our seats and tryed to be quiet? they where sitting like seven seats away!; I could practically smell them. <3 tia liked harry and i liked louis. a few moments later we seemed to catch they're eye so they decided to walk over. harry and louis smelled even better and i could sence their sexiness all up in my grill. It was intoxicating. "Hey, I'M sure you already know who we are and such, but we would like to know who you two are?" Louis said; "i'm violet and this is tia. i said FANGIRLING inside. louis was damn sexy and tia thought harry was damn sexy as well. "Nice jacket girls. Zayn said winking at us. "HIPPOPATAMUS!! sing for us please; i said giving louis the puppy dog eyes and boohoo lip. I'm pretty sure i looked like a stalker/rapist, but that was okay. "Why don't you girls come down to the front row, so we can sing all of our songs to you to amazingly beauitfull gurlz." Haz said smiling his cheeky smile and winking every five seconds.
A/n** This is meant for a good laugh! We are directioners. Hope you enjoyed it.
5 likes for the next part/chapter. Tell your friends please. Spread the word!! :)
AGAIN THIS WAS MEANT FOR LAUGHS!!
PLEASE DON'T TAKE OFFENSE.